WhatsApp is out with their new update and is sure to easy on your eyes. Earlier, WhatsApp had released the new update with a new Material Design and UI, but only to a handful of users as beta versions. After a month of anxious waiting, the update is now available for everyone to download through the Google Play Store. 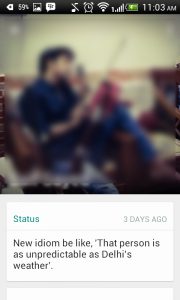 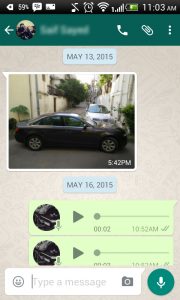 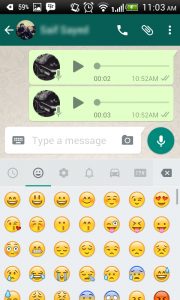 The new build (version 2.12.87) has a dark green background that earlier was grey in colour. The top bar that holds the Search and Setting buttons has been enlarged as compared to the previous update. This top bar hides itself when you scroll downwards. When you click on a friend’s profile, you will find that the person’s picture is big enough to be viewed easily as a profile picture. The new chat screen looks very light and bright, maybe because of the fresh aura of the dark green interface. From the Emoji perspective, the only change you will see is a white background on the emoji list.  While calling through WhatsApp, the caller’s name will be highlighted in bigger fonts with smaller and more minimalistic icons.

This update can now be downloaded on Android devices from the Google Play Store. As of now, we do not have any knowledge about the new update for the iOS, Windows or Blackberry devices. Keep checking this page out to stay updated.

Just to be made clear, some users received this update few weeks ago. This update was actually the beta version of the same. The final version is being talked about in this article.

Rishi Baruah
iGyaan Network's newbie Rishi Baruah is a musician hailing from Mumbai. He plays drums for a Delhi-based band and specializes in Concert Photography. Oh yes, he can cook up a mean four-cheese pizza.
You Might Also Like
LatestSocial MediaTech
Read More