by Rishi BaruahJune 27, 2015
3
Now Reading
New Leak Gives a Glimpse at What Samsung Note 5 Might Look Like
Browse This Page

Samsung’s next flagship phablet is one of the most talked-about topic right now. Many speculations and rumours about the device’s features and launch date have been uncovered till now. But, the main cloud of mystery is related to the appearance of the device.

Thanks to a French blog, NoWhereElse, we can now somewhat draw up an image of the Samsung Galaxy Note 5 in our minds. 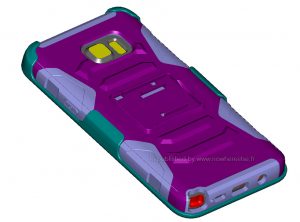 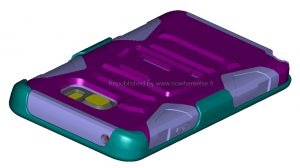 The blog shows the rendered images of a case that is designed for the Galaxy Note 5. From the case, we can somewhat deduce that the Note 5 could have almost the same body design as the Galaxy S6 and S6 Edge. There is also a cut-out for an S Pen stylus at the bottom and a speaker positioned in the same area. It is a notable change since the previous Note devices had its speaker at the back. It is likely that the Note 5 will come with a semi-protuding camera unit, again, like the Galaxy S6 and S6 Edge. The rendered image also shows a microUSB port, so the device may not feature USB Type C charging.

Although there is some time before the smartphone is unveiled, we already have a vague picture of what’s ahead. As far as the spec rumours go, it is said that the Note 5 will be featuring a 5.9-inch Super AMOLED display with curves on both the edges. An improved version of Samsung’s Exynos 7422 is speculated to administer the computing operations. It is said to have a mammoth battery of 4100mAh, which is necessary for a phablet with these specifications.

Amid rumours and reports, we brought to you the arrival date of the Note 5, i.e. September 4, and we also learnt that the 32GB Galaxy Note 5 variant will launch at Rs. 64,999 in India. With the iPhone 6s launch scheduled for the same month, we’re now impatiently waiting for September to arrive.