HTC: The Story Of Success and Innovation

by Rishi BaruahJuly 9, 2015
1
Now Reading
HTC: The Story Of Success and Innovation
Browse This Page 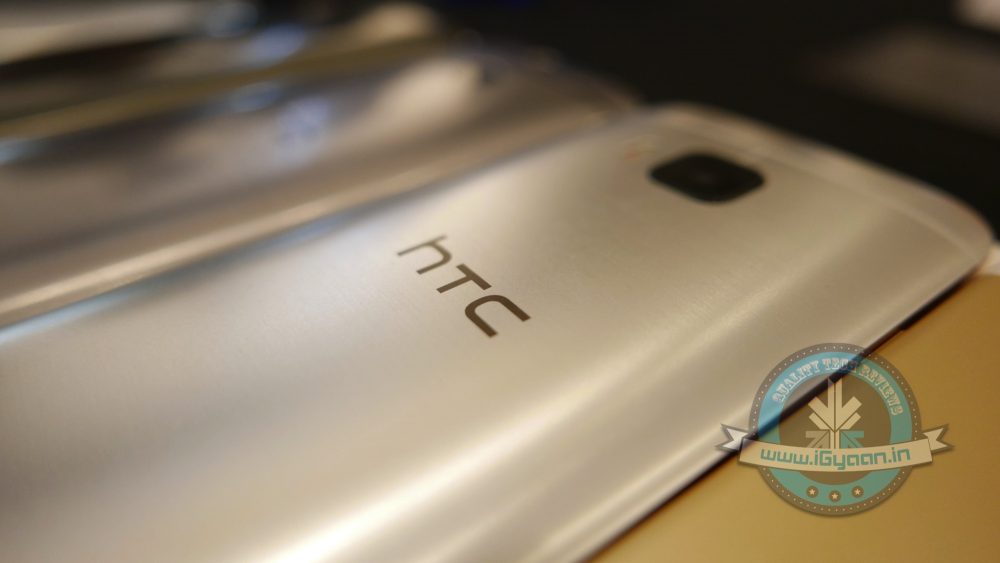 It is said ‘Behind a successful man is a successful woman.’ Well, in this case, the saying is changed a little bit to ‘Behind a successful company is a successful woman.’ The story of High Tech Computer Corporation revolves around a damsel as well. Her name is Cher Mi Wang, daughter of one of the richest family in Taiwan. In 1997, she entered into a partnership with H T Cho and Peter Chou, who collectively established the company that would eventually become one of the biggest mobile phone manufacturers known for its design, OEM branded equipment and its trademarked user interface in the world. Yes, HTC. The project was not successful at first which led to the consumption of large amount of capital. Disaster was almost inevitable. But, the family riches came to rescue for Cher Wang. Cher Mi Wang had to pour in a lot of her own wealth into the company to develop a solid engineering and designing team. Also, a new course was set, and HTC agreed to develop products for other brands. This bet paid off and today, the company boasts of an innovative and productive team that comes up with mobile devices that are refined, sophisticated, contemporary and practical. HTC has always been different from other mobile device manufacturing companies. Rather than resorting to flashy promotion campaigns, HTC quietly edged out its competition by adopting a new slogan. The masterstroke came with the motto – Quietly Brilliant – which bestowed the image of a simple yet excellent company. This transit gave birth to the new and more successful HTC!

First of the First

HTC is credited with releasing some of the first techs that are now being used by a majority of the world population now. Some of which are

Introduces first Microsoft Smart Music Phone (2004): Pocketable phone, business tool, PDA, WiFi hotspot surfing buddy and MP3 player, camera phone, streaming video player and GSM world phone. Yes, the phone fitted all of this into a device of reasonably modest proportions, and it weighs only 3.74 ounces. Like most PDA phones and Smartphones that ran Windows Mobile 5.0, the SDA came from ODM HTC in Taiwan and codenamed to the HTC Tornado. The first of its kind!

First Microsoft Windows Mobile 5.0 Smartphone made by HTC (2005): It was the first 3G/UMTS-enabled Pocket PC phone, and also the first to come with Windows Mobile 5.0 pre-installed. The most eye-catching feature of this device was the 180-degree swivel screen, allowing a swift interchange between portrait mode and landscape mode. The GUI automatically adjusts screen orientation accordingly.

Releases world’s first Android phone, the HTC Dream (2008): First released in October 2008, the Dream was the first commercially released device to used the Linux-based Android operating system, which was purchased and further improved by Google. The operating system offered a customizable graphical user interface, integration with Google services such as Gmail, a notification system that showed a list of recent messages pushed from apps, and Android Market for downloading additional apps. While the Dream was commended for its solid and robust hardware design, the introduction of the Android operating system was met with objection for its lack of specific functionality and third-party software in comparison to more established platforms. But, in spite of its shortcomings, Android OS was still considered to be innovative due to its open nature, notifications system and massive integration with Google’s services. In March 2010, Apple filed a complaint with the US International Trade Commission claiming infringement of 20 of its patents including features of the iPhone user interface and hardware by HTC. HTC objected with Apple’s actions and restated its commitment to creating innovative smartphones. HTC also filed a charge against Apple for infringing on 5 of its patents and tried to ban the import of Apple products into the US from manufacturing plants in Asia. Apple extended its original complaint by adding two more patents.

On November 10, 2012, Apple and HTC arrived at a 10-year license agreement covering current and future patents held by the two companies. The terms of the agreement remain classified.

In February 2013, HTC decided with the U.S. Federal Trade Commission concerning lax security on more than 18 million smartphones and tablets it had shipped to customers and agreed to security patches.

HTC, which stands for High Tech Company, has been making smartphones longer than almost anyone. Years ago, it made a business out of creating Windows Mobile devices that were rebranded by AT&T and other companies, but thanks to its early support of Android with the T-Mobile G1 and Google Nexus One, HTC has risen to stardom, becoming a brand of its own and rivaling mobile industry veterans like Motorola and Samsung.

This year, HTC came out with a variety of products like HTC One M9+, HTC One ME, Desire 826, and much more. Each phone has different features and appeals to its masses effectively. Powered by UA Record, the new health and fitness network from Under Armour designed for athletes and fitness enthusiasts, Grip fuses HTC’s renowned design with powerful, accurate tracking across a range of sports and activities, allowing athletes to set personal goals, then smash them. Indeed, a different innovation by HTC!

HTC’s brilliance and excellence are further strengthened by its long-standing partnership with Microsoft. HTC has been slowly but surely helping Microsoft capture the mobile telecommunication industry by advancing to unique and efficient operating systems. Today, HTC is seamlessly poised to overhaul other Chinese mobile telecom device manufacturing companies, including Lenovo and Haier. HTC concentrates on value-addition and modification. The company has demonstrated time and again that self-confidence, ambition and drive are what make it different and unique. These have been the stepping stones to international repute. HTC shines by the power of innovation. It built HTC’s Magic Labs, a Center for developing innovative breakthrough outcomes guaranteed to improve the world of technology in the years to come. HTC understands that success starts where it ends – with the customer. Even today, every device is worked to suit customer’s multiple needs. This is truly inspirational for companies that want to make customer service an art form. The first successful step in this endeavor was becoming the leader in the production of the more and more popular Windows Mobile smartphones.

Rishi Baruah
iGyaan Network's newbie Rishi Baruah is a musician hailing from Mumbai. He plays drums for a Delhi-based band and specializes in Concert Photography. Oh yes, he can cook up a mean four-cheese pizza.
You Might Also Like
HTCLatestTech
Read More