by Rachel IssacJuly 31, 2015
4
Now Reading
This is What the Galaxy Note 5 Looks Like
Browse This Page The new Samsung Galaxy Note 5 is due for release on the 13th of August 2015, but with these recently rendered 3D images of the device, leaked today, theres no room for imagination, anymore. According to reports, the images have been leaked by designer Ivo Maric who says that these renders have been based on earlier rumours as well as the Galaxy S6. 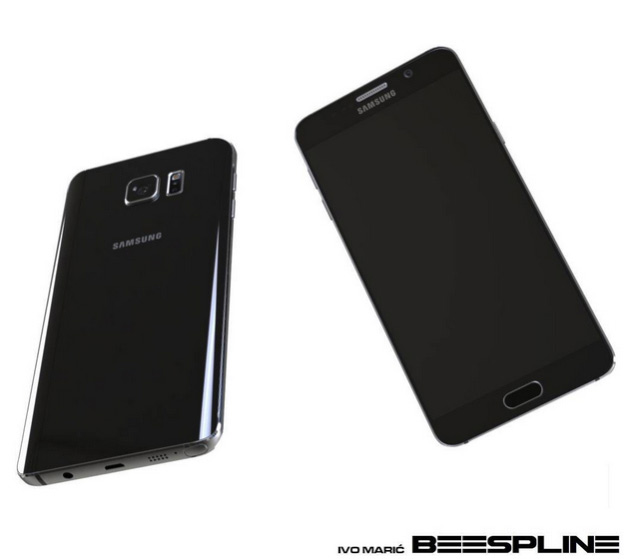 According to the rendered images, it sports a metal frame, and glass on the rear and back with the S Pen at the bottom. And if rumours are to be believed then the Galaxy Note 5 will feature a 5.7 inch QHD display, Exynos 7422 procesor, 4GB of RAM, 16MP Rear camera, 5MP front camera and a 4,100 mAh battery. It is also expected to feature a microSD card slot, something that is not availbale in the S6.