Samsung has not even released its Galaxy Note 5and S6 edge+, and there are already leaks and rumours about the Galaxy S7.

According to reports, today in China, a document depicting an internal Samsung communication suggested that “Jungfrau”, which is rumoured to be the code name for the Galaxy S7, is being added to the company and along with it the “MSM8996” , which is the model number for the Qualcomm Snapdragom 820, as part of its software development plan for Android M. 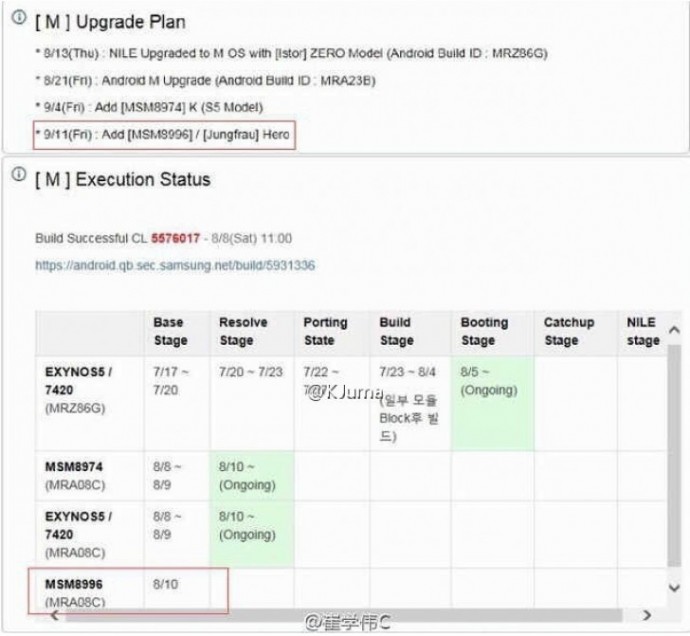 This suggests that Samsung may be beginning to test the Qualcomm Snapdragon 820 inside its next flagship. This also means that after the company’s usage of an Exynos silicon chipset throughout 2015, it is again planning on using Qualcomm chipsets for its devices.

Reports also say that Qualcomm’s new chip should be out in devices by the end of 2015.