by Sanket VijaySeptember 11, 2015
4
Now Reading
Here’s a Camera App that Can Make Your Pictures Look Professional
Browse This Page When we purchase a smartphone today, one of our primary concerns is having a phone with an excellent camera, especially for the amateur photographers and Instagrammers out there. Gone are the days of carrying around a separate digital camera, and rightly so if your phone has the capabilities of taking quality photographs almost as clear as a DSLR camera. And one cannot deny that today’s iPhones are winning in the camera department.

Tap, tap, tap, a company that created the third-party camera app, Camera+ for iOS users, is selling its app for free now. The app currently has a strong 14 million user base, and has earned $18 million dollars in sales. The app is useful for those who want a little more from their iPhones, providing a bunch of extra editing tools – both basic and advanced – such as special effects and lighting filters, an image stabilizer, and integrated sharing with Facebook, Flickr, and Twitter. But until now, the app was only available as a paid download. The company will continue to have the paid version for users who want the complete set of features. The free app will have most of the basic features for free and select advanced features via in-app purchases, which include manual shooting, advanced editing, and lossless TIFF, to name a few. The free app will be a great advantage for those iPhone users who have a hobby for photography and like to play around with various editing features without having to pay for it. 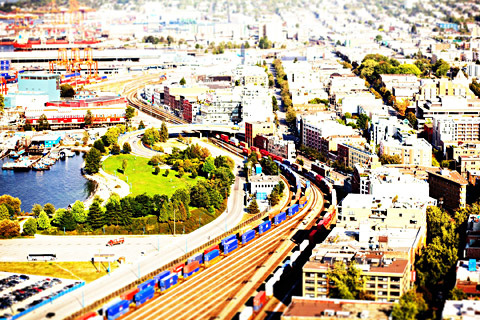 The app has received favorable reviews. PC Advisor gave the app 4-and-a-half stars out of 5 and declared it a “must-have” app for iPhone photographers. Wired gave the app a 9 out of 10, describing it as a “secret weapon” for photographers, stating that it contained so much functionality that it was “too easy to get lost in the deeply layered menus or forget where you found that killer function the other day.” Natali Prosvetova ~ This will be my monument Sanket Vijay
When not indulging in reading or writing, Sanket fanboys over The Flash, Star Wars, Coldplay, and U2. And pizza, he loves his pizza. Follow him on Instagram for more.
You Might Also Like
Apps and SoftwareCameraiOSLatest
Read More