Each time Gillette launches a new razor, most recent converts usually cringe at the thought of changing their razor. Unlike the Avenger Razors, the new Flexball however, is a rather simple step in getting the best shave. It launched a while back globally, but recently made its debut in India. The razor costs Rs. 499 and is available exclusively on Amazon India. It still works with your existing Fusion blades if you have those lying around. The new blades are however, considerably improved.  The blades are thinner and have a finer edge which will help with thick hair beards. The rubber grip at the bottom of the razor is more stubborn and the lubrication strip comes with a new mineral oil.

Since the face is not geometrical, the Flexball razor comes with a ball joint just under where the razor is. When you shave the ball joint flexes left or right up to an angle of 24 degrees as you slide it across your face. This also prevents you from shaving in different angles and you can get a clean shave with just a single swipe in one direction. 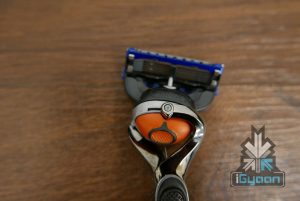 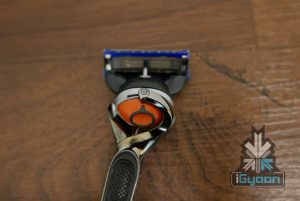 While most of its features come directly from the previous ‘Fusion’ razor, the predecessor had some issues. The blades were not properly spaced which seems to have been solved in this version. The rear trimmer was also difficult to use and often caused more cuts than precision trims. The precision trimmer on the new Flexball Razor has a tiny comb that will align the hair before they are sliced out.

If you think you are ready for a new Razor, the trial version of the Gillette Flexball Fusion ProGlide is available on Amazon for a relatively low price. So do you think that Gillette is the best a man can get, or there are better ones? Shivaank Rana
iGyaan's Carlos Santana! Shivaank loves Apple products! He stays up to date with the latest happenings of the tech world and gets his hands dirty with the latest Gadgets! Follow Him on Google Plus : Google+
You Might Also Like
LatestLifestyle
Read More