The Console That Redefined Gaming

by Sanket VijaySeptember 13, 2015
0
Now Reading
The Console That Redefined Gaming
Browse This Page PlayStation turned 20 this month and it has come a long way. With the first console launched in 1995, PlayStation has come to define gaming experience. As a nostalgic homage we will look at how the original console redefined the way games would be played in the years to come. Prior to its launch, people would have only been familiar with the Sega and Nintendo consoles. The PlayStation introduced CD based gaming in a huge way. Not that CD games didn’t exist before, but it was the PlayStation that used CDs in a big way instead of the cartridges used by Nintendo and Sega. The cartridges were more expensive compared to CDs and was more limited in terms of space. The PlayStation arrived at an important time. 1995 saw the beginnings of the World Wide Web and CD-ROM technology that allowed games to include real videos and music soundtracks.

Since CDs were cheaper and could hold a lot more data, Sony was able to attract more third-party publishers. Developers such as Squaresoft (Final Fantasy VII) and Enix (Dragon Quest VII) left Nintendo and joined Sony to release their games in CD format. The success of the PlayStation is widely believed to have cause the demise of the cartridge-based consoles. 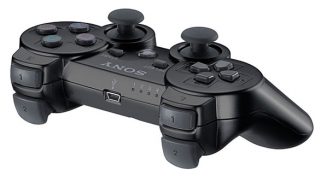 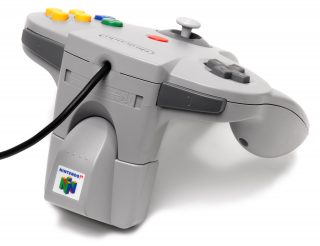 Nintendo may have popularized the four-faced diamond shaped buttons, the analogue stick, and the shoulder buttons, but the PlayStation set the standard for controllers.

The PlayStation had four shoulder buttons (L1, R1, L2, and R2) rather than the traditional two found in Nintendo. Moreover, it also introduced the Dual Analogue Controller, where Nintendo had one one, allowing for greater camera and action controls. And this has become the standard controller for gaming since.

Another significant change were the games themselves. Before the PlayStation, Super Mario and Sonic the Hedgehog were the most popular names in the gaming world. Yet these games offered a simple, linear gameplay where story did not matter. However, Sony wanted more out of games and with the CD-ROM technology at its disposal, it had the power to add more to gaming than ever before.

The PlayStation brought in story-driven games that had a narrative structure to it. Games had an entire movie-like experience with major action moments and cutscenes. The idea of playing a game that was like a story in itself was quite exciting. And over the years the stories grew bigger, more engrossing, and more intricately woven.

These are only some of the major features that changed and defined the way games would be played in the years to come. And it all started 20 years ago.

For nostalgia sake, here is a video showing some of the most popular games from the first PlayStation, and we’re sure they’ll will bring a smile to your face (except for Silent Hill). How many of them have you played? Let us know in the comments below.

Sanket Vijay
When not indulging in reading or writing, Sanket fanboys over The Flash, Star Wars, Coldplay, and U2. And pizza, he loves his pizza. Follow him on Instagram for more.
You Might Also Like
LatestPlaystation
Read More