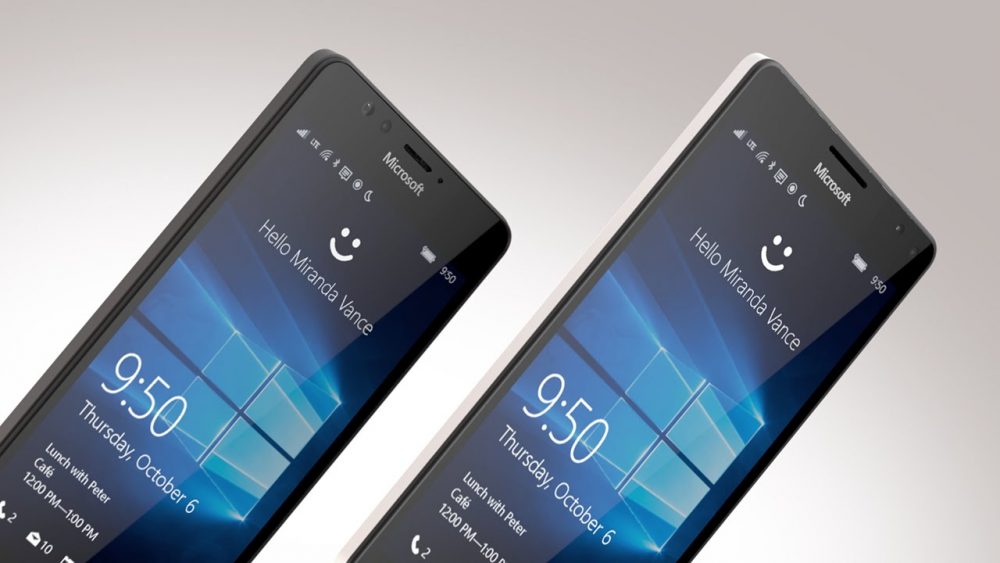 Microsoft launches its  Windows powered Lumia 950 in India -a phone which is being touted as the phone that works just like your PC and runs on Windows 10. It features a 5.2 inch Quad HD display and measures 8.25 mm in thickness. Lumia 950 comes equipped with Cortana, Microsoft Office and the Windows Store, and can be connected to a bigger screen, keyboard and mouse using an additional accessory called Microsoft Display Dock. The Displa Dock also charges your phone simultaneously. While the apps run on the big screen, the user can still continue to make calls and receive messages on the phone at the same time.

The handset further boasts of a 20 MP main PureView camera, capable of 4K video capture; the front camera is marked at 5 MP. Nokia 950 has 32 GB of internal storage, expandable up to a 200 GB using a microSD card. The battery of the phone is of 3000 mAh. The phone is available in two colour variants -black and white, and is priced at Rs. 43, 699.

Find other specs of Nokia 950 below: