With a lot of silence, expectations go down, and that is just about what the Chinese company “Xiaomi” needed to get their head back into the game. The Xiaomi Redmi Note 3 was launched in India with a lot of fanfare by a CEO resembling nothing less than a movie star riding in on the Ninebot hoverboard announced last year.

The Xiaomi Redmi Note 3 is a sequel to the popular Redmi Note series and does just about justice to the name of the product line and the company that is known for low-cost smartphones. Launched at a price of Rs. 9999 for the 2G RAM and 16 GB Storage variant and 11,999 for the 3GB RAM and 32 GB Storage option, the smartphone will be sold exclusively on the company’s website and e-commerce retailer Amazon till it becomes more readily available in offline channels.
Redmi Note 3 on Amazon

So should you be getting in line for the Redmi Note 3, or is it all the Hype all over again, for a mediocre product? Let’s Find out. The Redmi Note 3 has all the makings of a powerful budget smartphone. An all metal build, excellent specs, improved battery, good cameras and a new processor which impresses on benchmarks. The company continues its per-registration flash sale model which come 2016 seems unwanted. The phone impresses on many fronts and may turn out to the be the current choice of the masses just as the original Redmi Note did.

With an all-metal build, the Chinese origin smartphone has outdone its previous visions. Anodised and sandblasted aluminum make up for most of its outer covering along with a protection glass which has not been named. Design wise the phone follows the legacy of Xiaomi, the front is flat with no buttons, and the fingerprint sensor is placed at the back, identical in size and just below the camera module, giving the whole design a sense of completion. The form factor of the smartphone is great and thanks to the rounded back edges it fits ever so nicely in the hand. The speaker sits at the back, a not so prime position for sound. However, a small wedge on the back of the smartphone allows for the phone to sit slightly higher on the table, allowing sound to escape, albeit still not perfectly but better than if it were laying flat on the table. The Xiaomi Redmi Note 3 has all the makings of a Rs. 10000 smartphone. A new Snapdragon 650 chipset, 2/3 GB RAM options, expandable storage via MicroSD and a good set of cameras with wide lenses and an f2.0 aperture.

Thanks to the new chipset and price drop in tech, the 1920 x1080p display is great and lag free. You also get a good enough chipset to run all your multimedia, which looks great on this display. The display has good viewing angles and a great outdoor visibility thanks to various display modes.

You will also get a reading mode which sort of, like Apple’s “Time Shift” mode, kills the blue in your screen to help you read better.

Video playback is buttery smooth, and the speaker does a decent enough job. However, external audio devices will do you better as with most smartphones. The camera on the Redmi Note 3 is brilliant for the class of smartphone,  and you will get an excellent depth of field and great bokeh. The camera focuses quickly and has great light detection. You will also get decent low light pictures thanks to the wide aperture on the lens of the camera. The front camera is perfect for pictures, and you will almost always get good results. The video, on the other hand, is not all that great, the lack of any stabilization will make the video shaky. Also, the phone’s camera app does not natively record 4k video even though the likes of the LeEco 1s do. There are workarounds if you want 4k video. But, they are not recommended for the chipset. 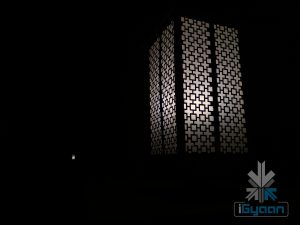 The Xiaomi Redmi Note 3, offers excellent performance in its class of smartphones. With Antutu crossing 70k easily on benchmark scores the device keeps its own in this highly competitive price bracket.

The overall UI is fast and responsive and offers a good day to day usage scenario. Multitasking works great and app optimization, as well as RAM optimization, works well on the Redmi Note 3. Gaming is good too, with most games working flawlessly on the 3GB variant, which is recommended if you intend to do gaming a lot.

The fingerprint scanner which sits right under the camera is extremely fast and quick to unlock the device. The scanner rarely ever fails and will almost always get an unlock or help you click a picture. The MiUi software also allows you to encrypt folders using the rear fingerprint scanner, which can come in handy for those “A” rated apps and of course sensitive information.

With support for two SIM cards, the Redmi Note 3 offers LTE across India, on both the cards, while you can also pop in a MicroSD card in case you choose to do that. The phone call capability is good, and overall network performance is at par within the category. You will also get good audio during calls whether incoming or outgoing.

Battery life is longer than expected, with a massive 4050 mAh battery you will get true to work one day of use without any compromises. Despite the battery being large, the chipset is designed to handle battery management well. Xiaomi is back with a vengeance. The company wants to earn back the goodwill of the market and no better device than the Redmi Note 3 to do that. At the launch the company promised timely updates and the Mi 5 launch in April, making the Mi fans jump up with joy.

As far as the phone is concerned, the Redmi Note 3 has excellent advantages over the competition, especially the LeEco Le1s. However, it also has drawbacks. The community that Xiaomi offers is unparalleled and large, and the overall support that you will get is appreciable. With both handsets offering their clout, it will come down to long term use and software support frequency to help decide the primary winner. However with the way things are going the Redmi Note 3 seems to be coming out on top.

Bharat Nagpal
Founder and Chief Editor of iGyaan. Bharat likes to keep on top of technology ! Follow Him on Google Plus : Google+
You Might Also Like
LatestMobileReviewXiaomi
Read More