After the sudden downpour of benchmark gods in the division of mobility, HTC also let out its dual core beast amidst  the ever growing population. The HTC Sensation is the first dual core phone from HTC and also the highest resolution device from the company. Lets see if it actually fares decently well with the competition in the market.

If you want benchmarks for build quality when it comes to mobile devices, HTC is the global standard. HTC has always managed to surprise us with their quality and build standards. Solid unibody construction along with a tough front facing gorilla glass display which is not only impact resistant, but is also very scratch resistant. The back of the device has rubber accents in strategic locations making it an easy to handle and operate phone. The device is well build and you can see that as soon as you pick up the device in your hand.

With no shaking and rattling this device is robust and built to last. The upward edged glass is functional and is easy on the fingers as you slide off – off the screen. The designers of the HTC Sensation took everything into perspective from the aesthetics to the functionality and the intelligent placement of the buttons – which by the way are extremely tactile and responsive. 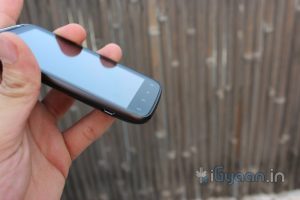 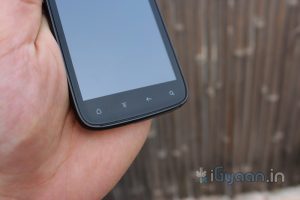 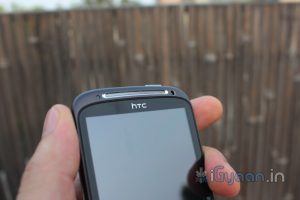 There is no questioning the latest hardware in the Sensation, the latest dual core processors a very high resolution screen, functional 8 megapixel camera with full HD video at 1080p.

While it may not be as clean and sleek as the Samsung Galaxy S2, The Sensation wasn’t meant to be. HTC Sensation takes its design cues from the practical and robust hues of life. You can call it a Range Rover in front of a 7 series ( Galaxy S2) while both may have powerful engines, the rover is more practical in India, is tougher, bolder and solid. Nothing describes holding the HTC Sensation better than this, Its a premium SUV in the smartphone market. 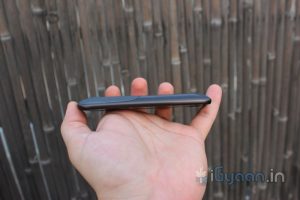 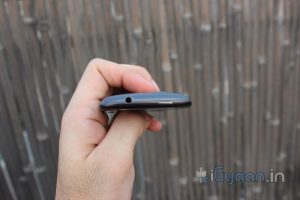 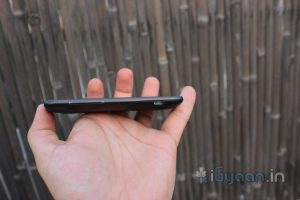 Superior audio in and out from the Sensation during calls, is the only main thing we saw. The network performance was excellent and sustained throughout our test period. 3G and WCDMA performance excelled in the Sensation as we literally hogged the bandwidth of our providers. With brilliant performance from even the likes of an MTNL trump number ( usually 2 – bars, and weak performance in our area), we were literally amazed at how well this phone handled networks. With as little as two dropped calls in two weeks of testing, this phone has scored the top rank in the iG Phone- Networks Review till date.

The touchscreen on the Sensation is a 4 point multitouch, what that means is that you can have 4 simultaneous inputs. What it also means is that you can use the onboard keyboard as fast  as you can move your thumbs. As soon as you lift the finger and tap the next letter, the device is already recognizing your input and will accept the desired letter. Brilliant keyboard , with an definable auto-correct smooth interactions throughout.

Getting a phone like the sensation and ignoring the Internet connectivity is like buying a spacecraft without the intention to visit the moon. The device is built for online connectivity, with a superb end user experience while browsing the web, streaming audio, playing multiplayer games or even watching an iGyaan review or two. The connections to WiFi are strong and stable, the device can connect to our wireless networks in areas which other phones would term as dead spots. In a head to head comparison the WiFi network on the Sensation was much better than that on the Galaxy S2.

The Hotspot feature is possibly the one we used the most on the Sensation. Because, the network performance was so great, we were able to share our 3G networks over 7 devices and were able to enjoy the shared bandwidth and download speeds of the connection. We did  struggle to upload our posts from a off road cafe on the Delhi-Gurgaon expressway over a 512kbps upload connection split 7 way, but the Sensation is not to blame for it. 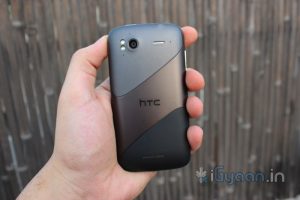 We found that most games work great with the device and we had no issues with incompatibilities. The only issue that we did see is the difference in display size. Some apps failed to recognize the QHD display on the HTC Sensation and came as mini boxes within the screen of the Sensation, limiting them to their maximum pixel size. The processor is managed well with the GPU and can deliver great graphics and a brilliant gaming experience. Align those with excellent sensors, including a gyroscope and a brilliant touch screen, you have yourself a gaming device

We feel HTC did a  better job than LG did on the Optimus 2X and Samsung on the S2. Sure the Optimus 2x is cheaper and Samsung has better benchmark results, HTC is more organized and professional and the framework and implementation of the hardware is built to last. The OS is tweaked to give little or no errors and is bug and crash free. Graphics and Implementation of the user interface elements is absolutely stunning and smooth. The Sensation impressed us in all hooks when it came to stuff under  the hood, yes it didn’t score high on quadrant, but it can with a little tweaking. Currently the Sensation is a mature device and not as young and energetic as the Galaxy S2 especially when it comes to Processor and Graphics.

The Sensation has a much higher resolution display in comparison to the S2, but the super Amoled plus trumps the extra resolution 4 times over. The Amoled plus screen is extremely vivid and lifelike. We faced a lot of network issues on the S2, but none on the Sensation, the battery drain issue faced on the S2 was also nowhere to be found on the Sensation. The device does not overheat and performance is smooth throughout. The HTC Sensation is true competition to the Samsung Galaxy S2 and the hype around it. The S2 failed to deliver where it mattered most, the Sensation on the other hand does everything that its meant to and more. The Sensation also is a bit cheaper than the Galaxy S2 in the market and provides excellent user support throughout its service channels. The device is robust, well made and is built to impress. If you are looking for a good investment for your moolah, this is the true multi-taskers of choice.

If it wasn’t for the washed out display in comparison to the Super Amoled Plus, this device would have scored maximum score but for now :