Samsung has today announced the Samsung Galaxy J5 (6) and J7 (6) for India. The company had previously launched the phones in other markets including Korea and China, however in India they have been launched for prices much lower than their overseas siblings.

The Galaxy J5 (6) has been launched in India for a price of Rs. 13990 and the Galaxy J7 (6) for Rs. 15990. The are several differences in the phones including battery, screen and the chipsets that power them. You can get more details on the handsets here. The boxes of the J5 and J7 2016 variant are similar and have the 4G branding on them meaning that they are primarily followups of the the popular J series from 2015. Inside you will get the following:

Both phones now have a metal frame which improves the build and feel of the Galaxy J5 (6) and J7 (6).  The back panels on both the phones have also been switched up for brushed metal finish, while they remain to be plastic in material, this new look adds a matte finish and good grip in the hand. The back panel also becomes less prone to fingerprints. 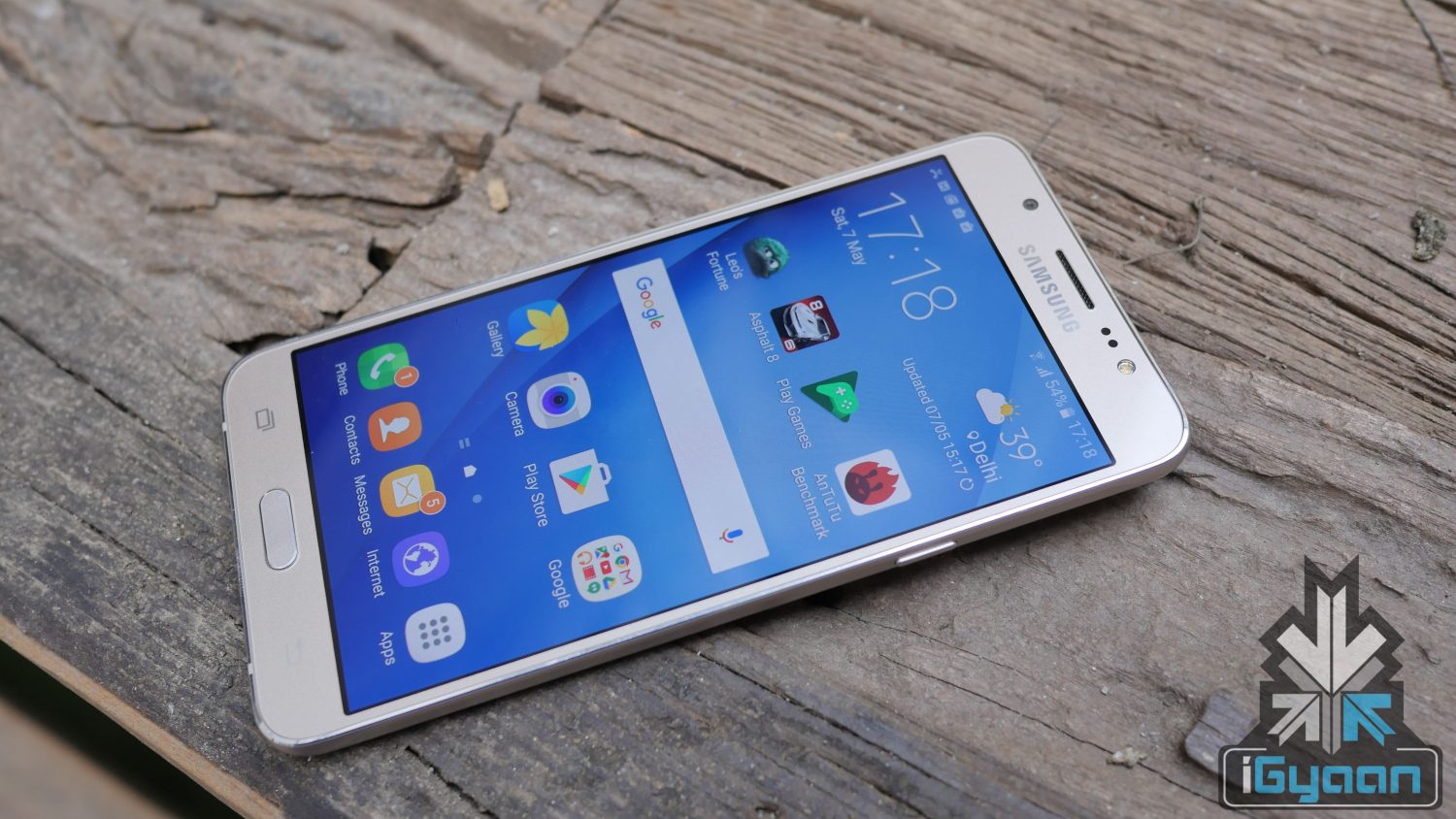 The phones now come with impressive f1.9 aperture cameras which is basically the same aperture on last years flagship Galaxy S6, so Samsung is trifling down specs quite quickly onto newer handsets. The rear camera shoots 13 MP stills and full HD video on both phones and the front camera shoot 5MP stills.

Both the J5 and J7 for 2016 have dual sim card capabilities, with 4G speeds where supported and 128 GB expandability via Micro SD cards. Both have 2 GB of RAM and 16 GB of storage. The J5 is running on a Qualcomm Snapdragon 410 whereas the J7 is based on a Exynos 7780 Chipset

The handsets are running on Android 6, Marshmallow, which makes them extremely responsive and snappy. The UI is still Touchwiz laden and full of Samsung’s Apps which will eventually trouble people. However, apps can be disabled which is a good thing. 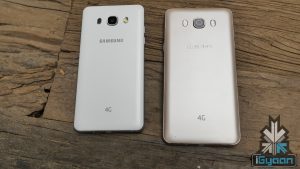 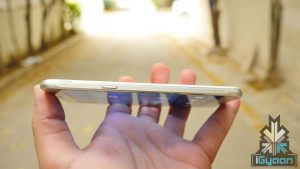 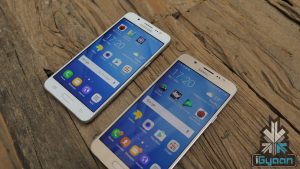 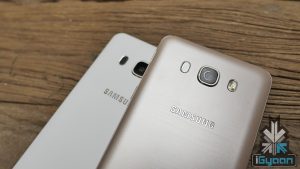 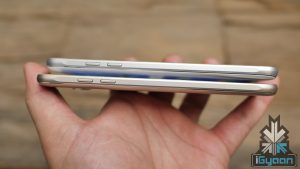 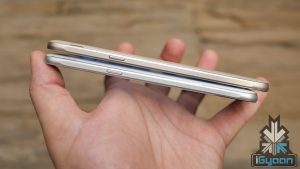 Stay tuned for our full review out later today.