HTC has confirmed the launch of their 2016 flagship the HTC 10 in India on the 26th of May. The company is expected to launch two variants of the powerful flagship in India.

The main variant that runs Qualcomm Snapdragon 820 is expected to be priced at Rs. 47000 which will include 32 GB of storage and 4GB of RAM.

HTC is also apparently launching a Snapdragon 652 variant in India priced at around Rs. 35000. 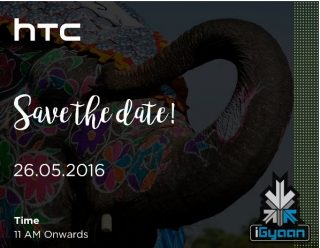