While yesterday the Note 7 renders had leaked, here is the box of the Note 7 and the Samsung Galaxy Note 7 itself. The phone itself, just like the press renders is a bigger boxier version of the Samsung Galaxy S7 Edge. The Galaxy Note 7 has a dual Edge QuadHD display as also mentioned on the box. This is the box of the Exynos variant , hence it mentions a Octa Core processor. You will get the 12 MP plus 5 MP camera configuration and the IP68 rating has been confirmed. Previous leaks have confirmed that the Note 7 will be available in two variants, an Exynos variant and a Snapdragon Variant. 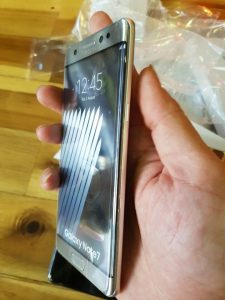 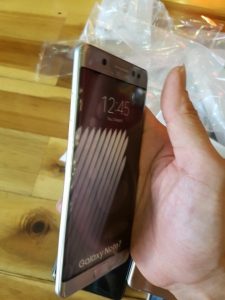