OnePlus 5 May Soon Be Launched In A Swanky Red Variant

by Bharat NagpalAugust 2, 2017
0
Now Reading
OnePlus 5 May Soon Be Launched In A Swanky Red Variant
Browse This Page Oneplus has just posted a new image on their social media suggest a brand new colour for their 2017 flagship the Oneplus 5. The OnePlus 5 was launched in June and was embroiled in controversy because of botched benchmark scores and a higher price than expected from OnePlus devices, which left a lot of people questioning OnePlus’ decisions.

The OnePlus 5 runs on the Qualcomm Snapdragon 835 Chipset it has 6GB or 8GB of RAM along with 64GB or 128GB  onboard storage. The highlight of the OnePlus 5 was the dual 16MP+20MP camera setup which has features like portrait mode, and background defocus, the design and features of the camera were also said to be copied from the Apple iPhone 7 Plus.

OnePlus didn’t make any changes on the display on the OnePlus 5 keeping the same 5.5-inch screen with a 1920 x 1080 px resolution. OnePlus has also kept the Optic AMOLED display seen on the OnePlus 3 and OnePlus 3t along with the fingerprint sensor sitting below the screen. Prior to launch the leaks had suggested that OnePlus will launch the OnePlus 5 in a RED, much like the iPhone 7 RED colour, and later images for a blue OnePlus 5 surfaced. These may finally be revealed, or one of them at least. As the posted image shows a black canvas on the OnePlus 5 and the text “5ometing New. Coming Soon” is written in bright Red indicating a red colour variant. We honestly, wouldn’t mind a blue colour version either. 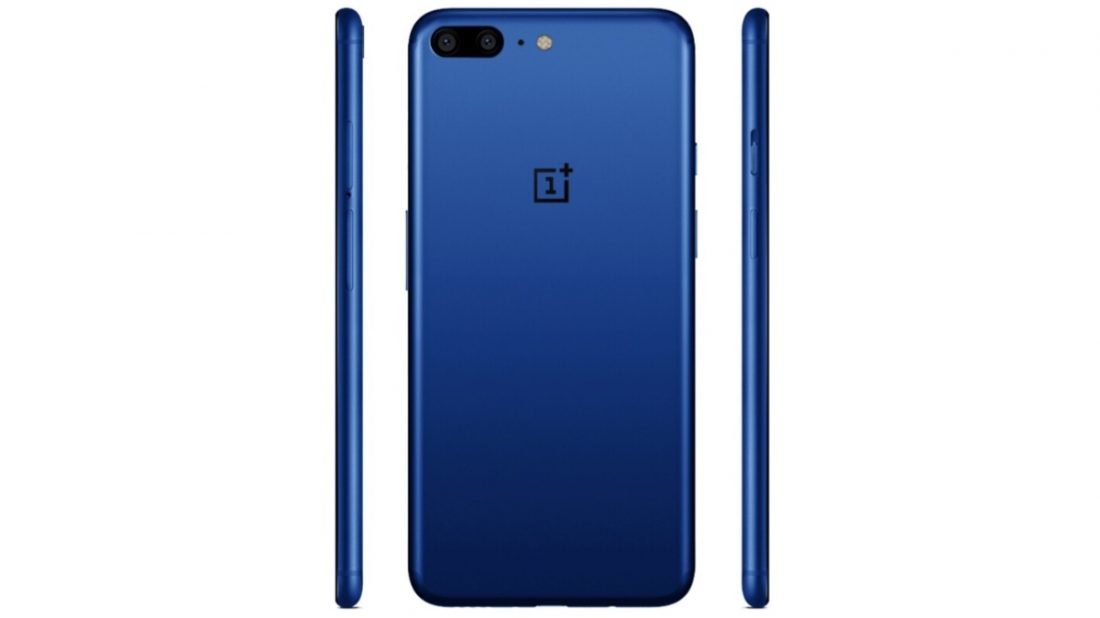 Despite the controversies, the OnePlus 5 has received good reviews for its snappy performance and is one of the popular flagships of 2017. A new colour variant, possibly blue or red should re-ignite the dwindling conversation for the Oneplus 5. Stay tuned for updates, and an iGyaan Hands-On, when and if a RED colour launches.