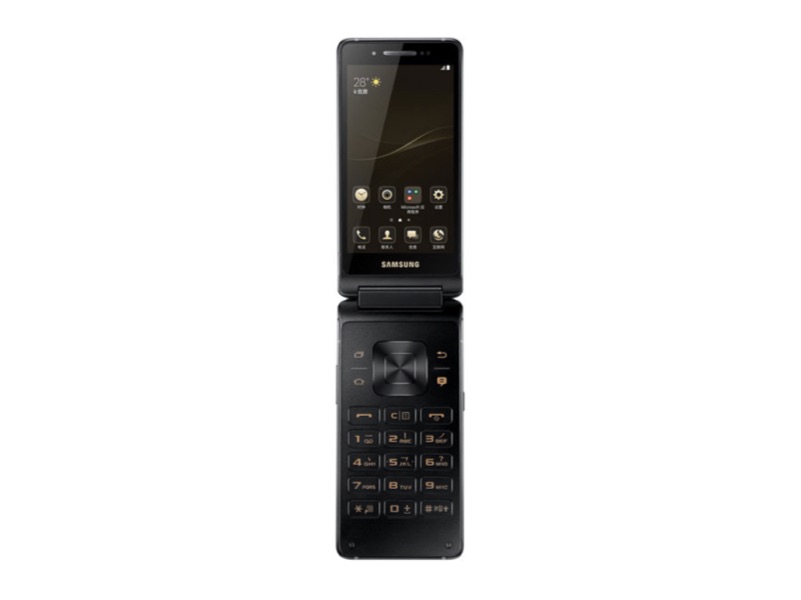 MicroSD card up to 256GB

In order to continue being the flag-bearer of flip smartphones, Samsung has announced the new Leader 8 in the Chinese market. The new device will succeed last year’s SM-W2017 as the Samsung flagship flip phone for 2017. The Leader 8 was announced on Samsung’s website along with all the specifications. The flip smartphone, codenamed SM-G9298 packs two 4.2-inch Super AMOLED display panels with a 1920 x 1080 px resolution, one on the outside of the device and one inside. The Leader 8 runs on the Qualcomm Snapdragon 821 chipset along with 4GB RAM and 64GB of onboard storage, expandable up to 256GB. Samsung has decided to go with a Qualcomm Snapdragon chipset this time around unlike last year’s Exynos Chipset in the SM-W2017. The Leader 8 has a 2,300mAH battery with wireless charging capabilities. Among other features, Samsung has also packed in Samsung Pay, a digital wallet for mobile payment. A flip smartphone in the era of bezel-less sleek phones is a different move from Samsung, but it has identified an audience for new-age flip phones. The specifications of the Leader 8 will hold up against many smartphones of 2017. Details of pricing and the availability of the phone have not been shared by Samsung yet. This puts a question mark on whether this device will be made available for international markets.