by Vipul VijOctober 2, 2017
0
Now Reading
Google Assistant Might Be Heading To Chromebooks
Browse This Page Google is gearing up to launch a few marquee products at its 4th October launch. Along with the Pixel 2 and Pixel 2 XL, there are rumours of a new Google Home, and laptops being unveiled at the event. A new leak through a teardown of the Google Home app suggests that Google Assistant might be making its way to the new Chromebooks.

According to a report by 9to5Google, hidden deep in the compatibility section of the app is the mention of Chromebooks:

Listed in the compatibility section of the Chat with your Assistant ‘game’ right alongside phones, Google Home, and Allo is Chromebooks, clear as day.  Not only is the text listed out, but a Chromebook icon shows up right along with those for Home and phones, so it seems pretty concrete that this is something Google intended to do, but just slipped out a little early. 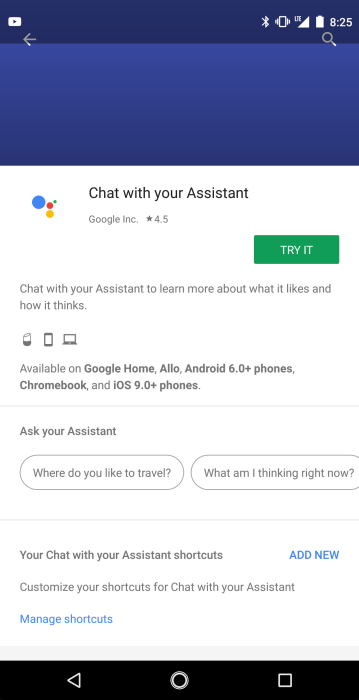 It seems like introduction of Google Assistant to Google’s laptop range suggests that the Pixelbook might be launched on October 4th. There are also reports that the new Pixel phones will and Google Assistant will be more integrated than ever and this may be the theme of the October 4th launch. Google Assistant is also getting updates that makes the AI assistant capable of performing more complex tasks and with Google Home Mini also launching, Google might be looking towards making its consumers surrounded by Google Assistant.

The launch event is two days away so stay tuned because iGyaan will bring you all the news from the event!

Vipul Vij
Always found in a Hooded Shell, Excited by technology, tortured by his eating habits. Handles content at iGyaan.
You Might Also Like
Apps and SoftwareComputingLatest
Read More