The launch of the OnePlus 5T is just around the corner but, leaks of the phone appear to have picked up its pace. After a recent listing of the OnePlus 5T was leaked, new images of the upcoming smartphone shed all the light we need on the phone and what it will look like. 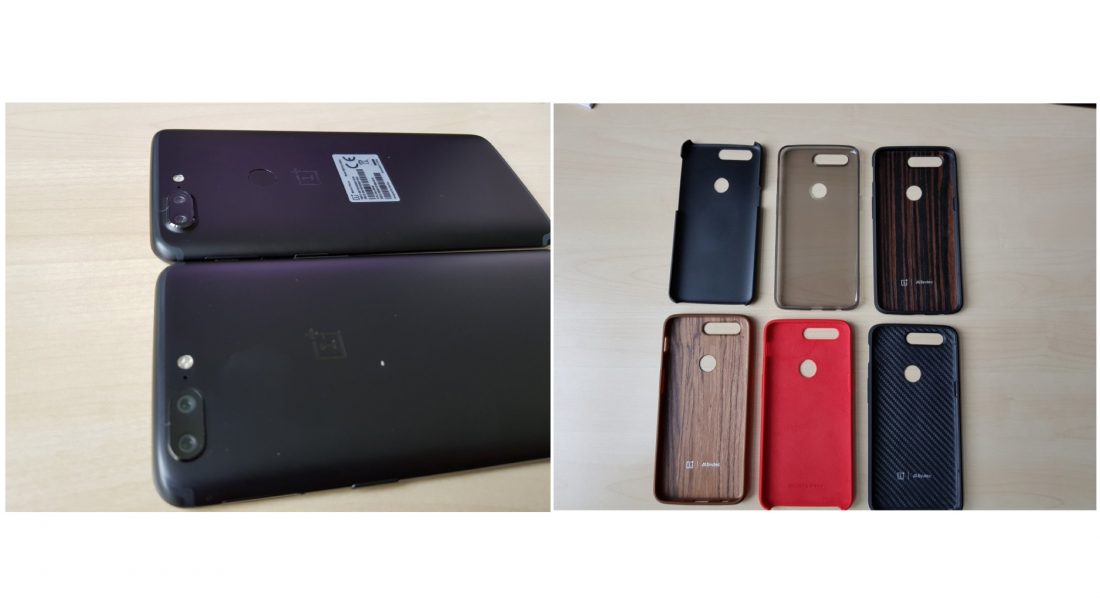 The images reveal the new design of the OnePlus 5T with thin bezels and a tall display. As expected the phone in the images is running near stock Android 7.1 Nougat. Dash charging text is also visible at the bottom that reinstates that these images might be the real deal. Apart from the phone, a host of cases for the OnePlus 5T have also been leaked and it appears that OnePlus has added a few new designs to existing portfolio of cases.

It is also worth noting that the OnePlus 5T has the fingerprint sensor placed at the back just above the OnePlus logo. Under the hood, the OnePlus 5T is expected to have the Qualcomm Snapdragon 835 chipset, 6GB or 8GB of RAM, 64GB 128GB of storage without an option of expanding the storage.

The OnePlus 5T is also expected feature dual cameras on the back, one of the main cameras is a 20 MP sensor with an f/2.6 aperture, while the other is a 16 MP camera with an aperture of F/1.7 . The secondary telephoto lens is used for 2X lossless optical zoom and a ‘portrait mode’ for blurred background images.