Tesla, one of the most talked about electric car companies, has now ventured into smartphone accessories. The American company has announced the launch of a new power bank and a desktop supercharger.

While there are plenty of power banks in the market with much more capacity, Tesla’s power bank will certainly interest people especially at a price tag of US $45. 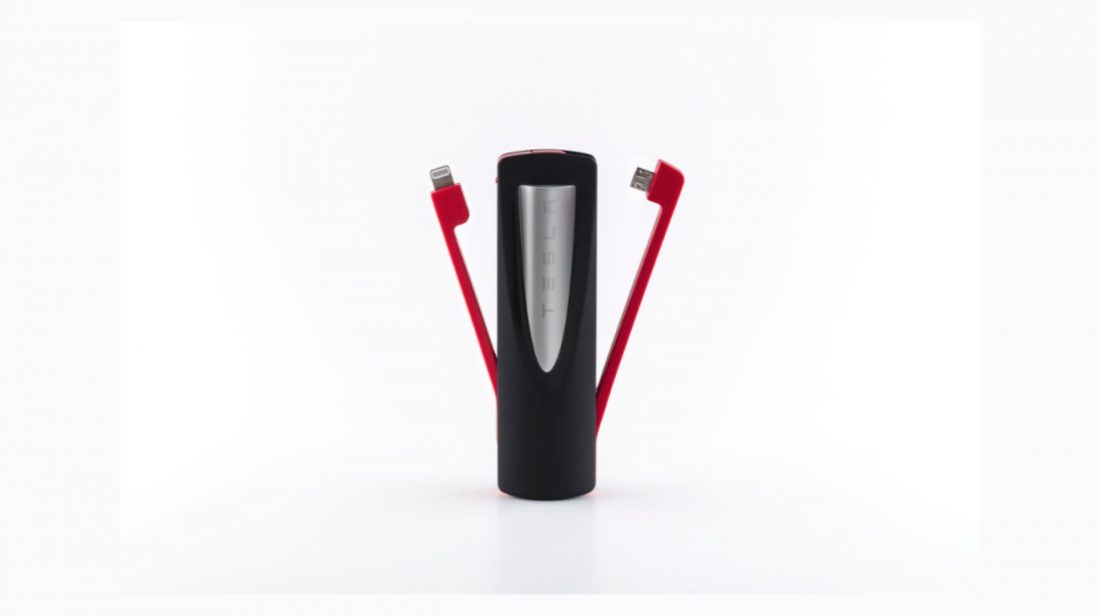 The desktop supercharger does exactly what the name suggests. It sits on your desktop and has a USB port so that you can connect any USB cable and charge anything you want. It is also priced at US $45 and is available on the company’s official website but, the shipping of the supercharger is delayed as of now. The Tesla power bank can charge an iPhone or an Android phone thanks to its integrated lightning cable and a detachable micro USB cable. This is done for people who own a smartphone that charges via Type C cable. It has a capacity of 3350 mAh and a maximum output of 5V/1.5A. These specifications for a modern day power bank are not mind boggling and you have to be Tesla enthusiast to invest on this power bank.

You can buy the newly launched power bank and the desktop supercharger from Tesla’s official website.

Vipul Vij
Always found in a Hooded Shell, Excited by technology, tortured by his eating habits. Handles content at iGyaan.
You Might Also Like
GadgetLatestTechTesla
Read More