There is no denying the fact that the Android smartphone space is extremely fragmented. That leads to more and more smartphones getting left behind in the software game. Even today, in 2018, Samsung recently launched a budget tablet running Android 5.1 Lollipop which was launched back in 2015. Such decisions should not be acceptable for consumers regardless of the price point of the smartphone/tablet in question. A new report by Google further solidifies the argument that Android smartphones rarely get updated to new software in their entire lifecycle. Even in 2018, Android versions Lollipop, Marshmallow and Nougat dominate the market share. Android 8 Oreo running smartphones stand at a measly 0.7% which is less than Android 4.1 Jellybean. To put things into perspective, Android 4.1 Jellybean was released 5 years ago and its latest iteration, 4.3.1 was released four years ago in October of 2013. If you own a new 2017 smartphone that isn’t a Pixel or an Android One device, your smartphone would probably be running either Android 7 Nougat or Android 6 Marshmallow. Even though companies like OnePlus, Motorola have released Android 8 Oreo update for a few of its smartphones, the rollout happens in phases and hasn’t reached every device in the market. 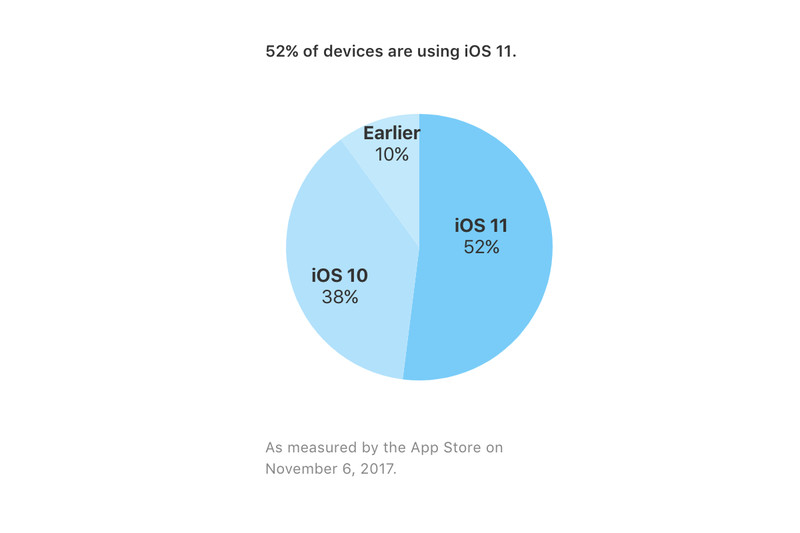 In comparison iOS 11, despite its constant bugs and what seems like an unfinished software, has caught on really well in the market. iOS 11 is running in more than 52% of the iOS devices in the market right now. iOS 10 launched in 2016 is present in about 38% devices. iOS 11 might have the slowest adoption rate of all iOS versions so far, but, it is far more present in the market than its Android counterpart.

Many reasons can be attributed to such a dismal adoption rate for Android versions but, despite the reasons, Android appears to be losing this particular battle against iOS.

Vipul Vij
Always found in a Hooded Shell, Excited by technology, tortured by his eating habits. Handles content at iGyaan.
You Might Also Like
AndroidApps and SoftwareLatest
Read More