There is no denying that 2017 was the year of bezel-less smartphones. In 2018, machine learning and AI are expected to be the trend-setters in flagship smartphone at least. A trend that hasn’t caught on is that of beefy RAM and storage options which would be an overkill for a smartphone. When the OnePlus 3T was launched with 6GB of RAM in 2016, many expected smartphone makers to take this figure and ride with it. That, however, did not happen. Even the Razer Phone, a smartphone designed for gamers had 8GB of RAM. The OnePlus 5T also has an 8GB RAM variant which is priced at Rs. 37999 in India. However, it appears that a smartphone maker is ready to take the RAM/storage configuration up a notch. Vivo, the first company to embed a fingerprint sensor inside a smartphone’s display could soon launch an Android smartphone with 10GB of RAM.

The Vivo Xplay 7 is expected to be the next high-end offering from the Chinese smartphone maker. While previous reports claimed it will have a completely bezel-less design, the new images reveal a different story. According to the latest leak, the Vivo Xplay 7 will have a 4K display panel. It will also sport an impressive 92.9% screen-to-body ratio. 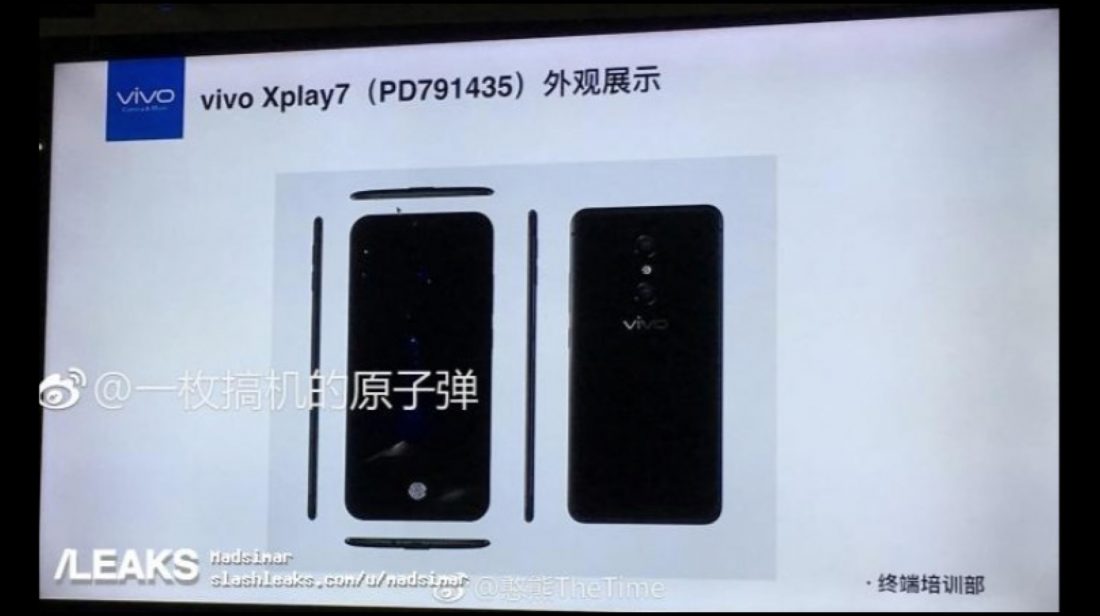 Under the hood, the Xplay 7 will have the Qualcomm Snapdragon 845 chipset. It will also have a whopping 10GB RAM which seems like an overkill for any smartphone right now. For storage, Vivo will offer two variants, one with 256GB onboard storage while the other one will have 512GB of storage. There were reports that even Samsung will launch a special edition Galaxy S9+ variant with 512GB of onboard storage.

Making sure that it is up-to-date with all industry trends, the Xplay 7 will also feature facial recognition. Reportedly, it will have the Face Unlock 2.0 which is the next generation of Vivo’s facial recognition technology. The smartphone will also come equipped with a dual-camera setup on the back which will be capable of 4X lossless zoom. Thanks to its nearly bezel-less design, the fingerprint sensor will be embedded inside the display. This essentially means that the Vivo Xplay 7 will have a 4K AMOLED display panel. Vivo will use the Clear ID technology which was first introduced in the Vivo X20 Plus UD.

The Vivo Xplay 7 will be announced in spring similar to its predecessor.