by Vipul VijFebruary 3, 2018
0
Now Reading
Xiaomi Redmi 5 And Redmi 5 Plus Could Launch In India Soon
Browse This Page 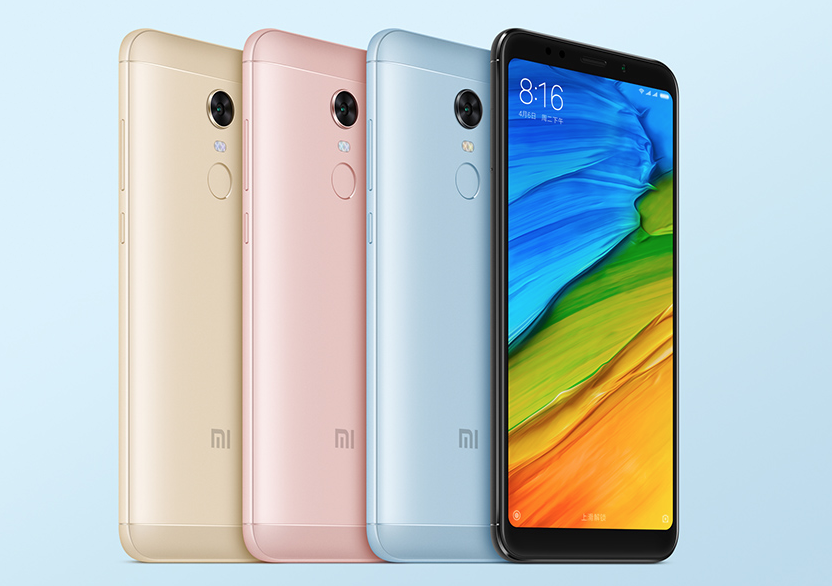 Under the hood, the Redmi 5 has the Qualcomm Snapdragon 450 chipset, a 1.8GHz octa-core processor, Adreno 506 GPU, 2GB or 3GB of RAM, 16GB or 32GB of onboard storage which will be expandable via microSD card. There is a fingerprint sensor placed at the back of the phone just below the camera.

The Redmi 5 has a 12MP camera at the back with 1.25-micron pixel size. The camera records 1080P videos at 30fps. To the front of the device is a 5MP camera with Beautify 3.0, which is Xiaomi’s software for enhanced selfies.

The bigger sibling of the two is the Redmi 5 Plus. It has a 5.99-inch display with a 2160 x 1080px resolution which again, translated to an 18:9 aspect ratio. Similar to the Redmi 5, its display also has rounded corners.

Just like the Redmi 5, the Redmi 5 Plus has a 12MP primary camera and a 5MP secondary camera with beautify 3.0 software.