Huawei is expected to launch the Huawei P11 Lite (tentatively named) on the 27th of March. While the name is not yet confirmed and it could be named the Huawei P20 Lite as well, new renders reveal the key design elements of the upcoming device. Huawei announced in late-2017 that it was working on its own facial recognition technology gave a glimpse of it in the Honor View10 as well. However, this upcoming device is expected to have the final version which will be secure enough to store passwords and transactions.

Prolific leaker on Twitter has released a 360º render video of the device which reveals a few interesting details. First off, the front of the smartphone has an iPhone X-like notch on the display. While we have seen a lot of iPhone X knock-offs make this move, Huawei is one of the biggest smartphone makers in the world. If it decides to go for a notch, it must have a valid logic behind it. 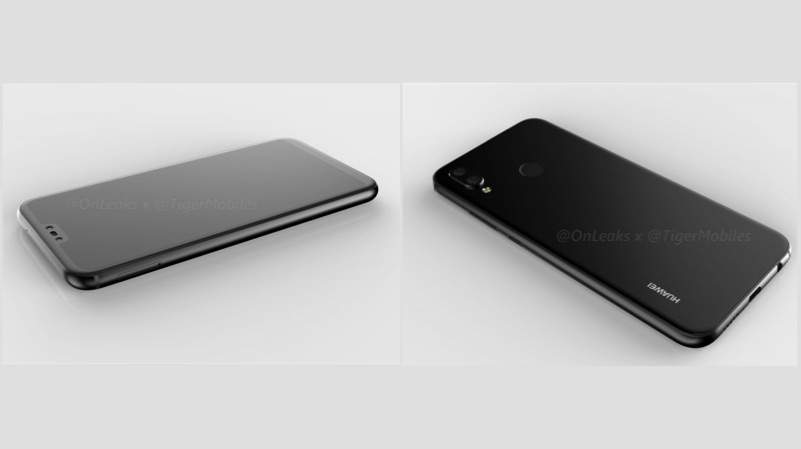 If the notch wasn’t enough, the renders also reveal a vertically-placed dual camera setup identical to the iPhone X. However, the LED flash is placed beneath the camera module instead of between the two cameras. So far, Huawei has implemented an RGB+Monochrome dual camera setup and we could see something similar on the Huawei P11 Lite as well. The front of the device also houses an almost edge-to-edge display with a small chin at the bottom. The device appears to have an all-glass design with a metal frame which means Huawei could also implement wireless charging in their marquee smartphone. This leak quashes the rumours of Huawei introducing a triple-lens setup on its upcoming flagship. We even saw a case renders that were leaked a few days ago.

Probably, the triple-camera setup is reserved for a flagship device that will succeed the Mate 10 Pro or the Huawei P11/P20. While OnLeaks has a great track record of leaking devices, you should always take these renders with a pinch of scepticism. The launch of the smartphone is over a month away and more leaks are expected to follow. Under the hood, it will have the HiSilicon Kirin 970 chipset along with 6GB or 8GB of RAM.

More specifications of the device are expected to b revealed as we move closer to the official launch.