Images Of Nokia 7 Plus With Bezel-Less Design Leaked

by Vivek UmashankarFebruary 16, 2018
0
Now Reading
Images Of Nokia 7 Plus With Bezel-Less Design Leaked
Browse This Page The Nokia 7 Plus will be a spiritual successor of the highly popular Nokia 7 (at least in China). The Nokia 7 was launched with a 16:9 aspect ratio display, powered by Snapdragon 630 Octa-core processor. Nokia 7 Plus, however, is expected to have an 18:9 aspect ratio with an almost bezel-less design. The single Zeiss lens on the Nokia 7 has been doubled on Nokia 7 Plus.

It looks like the company is testing the phone internally in India. The leaked image has a name “Raj Sharma” and the word “Namaste”, which means welcome. Therefore, it might hint at a possible launch in India sooner than expected. As we move closer to MWC 2018, more details about the upcoming Nokia device are being leaked. Nokia 7 Plus will be the first Nokia smartphone to offer an 18:9 aspect ratio display. The IPS LCD display will supposedly have a 2160 x 1080 px resolution. The fingerprint sensor along with the dual Zeiss branded cameras are located on the back, with a hint of an orange accent around the camera ring. According to the renders, it could sport an all-glass design, similar to the Moto X4 and Nokia 7.

It is worth noting that the Nokia 7 Plus will run on the Qualcomm Snapdragon 660 SoC, coupled with 6GB RAM and 64GB storage. The “Android One” branding on the back of the phone guarantees that the device will launch with Android 8 Oreo out of the box. Hence, you can expect regular software updates for the next two years. 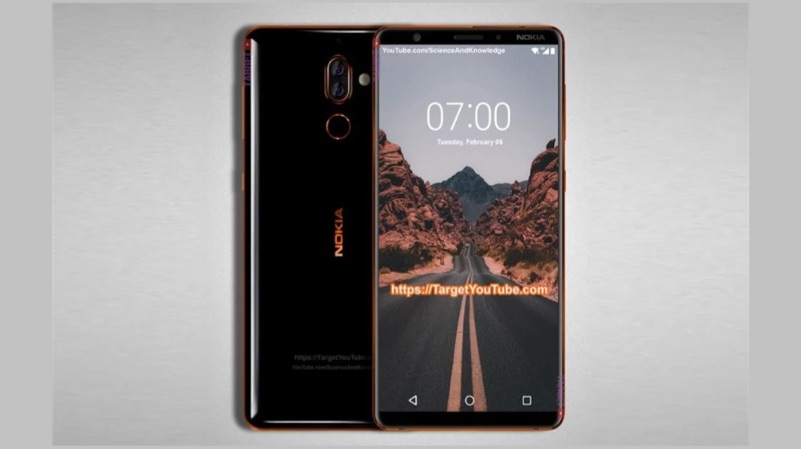 Renders suggest that the company has decided to retain 3.5 mm headphone jack and a USB type C port charging and data syncing. At least on paper, the Nokia 7 Plus looks like a well-balanced smartphone, with a smart set of specifications.

Apart from the Nokia 8, HMD Global missed the mark by pricing its budget devices higher than expected. The likes of Nokia 6 lost out to Honor 7X, Mi A1 and others. The Nokia 7 Plus, to make a mark in the Indian market, has to be priced close to the Moto X4. At a price close to Rs. 20,000 the device will be the only device with an 18:9 aspect ratio and Snapdragon 660 chipset.

However, nothing can be said about the pricing of the smartphone yet. While the Nokia 7 Plus specifications are impressive, these are leaks at the end of the day.