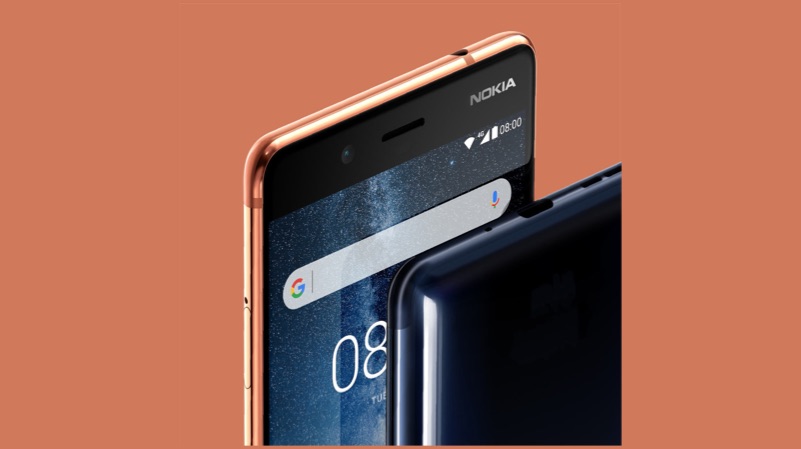 The alleged Nokia 10 might, in fact, be the Nokia 8 Pro. A new report claims that the company will soon launch the Nokia 8 Pro. The device will have a camera setup, originally rumoured for the Nokia 10. The Nokia 8 Pro will succeed the Nokia 8, which was the flagship device of 2017 for Nokia.

The Nokia 8 was the first flagship smartphone from HMD Global, which offered flagship grade specifications. Nokia 8 was bested by the likes of the OnePlus 5T and Xiaomi Mi Mix 2. This was largely due to their superior design. The Nokia 8 also did not impress with its camera quality which was hyped by the company. It looks like HMD Global’s plan of launching a Penta-lens smartphone will be more than just a concept. It was rumoured that the Nokia 10 will be unveiled as a concept phone at MWC 2018 and go into production in late-2018. However, it looks like the Nokia 8 Pro will be launched alongside the likes of Nokia 7 Plus at the upcoming event.

Like the Nokia 8, the Nokia 8 Pro is expected to offer top of the line specifications. As per the leaks, the smartphone will be powered by Qualcomm Snapdragon 845 SoC, coupled with either 4 or 6GB RAM. Like most other flagship smartphones of 2018, the Nokia 8 Pro will offer an 18:9 aspect ratio with minimal bezels. The exact screen size of the device is yet to be revealed, but, as per the trend, we might see a 6 inch display with rounded corners.

The smartphone might house a dual-camera setup at the back, with a possible wide angle sensor and a telephoto sensor. The smartphone does offer dual front-facing camera which is expected to offer features like portrait mode.

Nokia 8 Pro is expected to follow the trend by offering all glass back panel, with a possible support for Qi-based wireless charging. The dual grills on the front also suggest that the smartphone might offer dual front-facing stereo speaker like the Google Pixel 2 XL.

We expected this smartphone to go live at MWC. But the recent APK tear-down suggests that the Nokia 8 Pro might get launched in August-September of 2018. However, the company might showcase a prototype at the mobile world congress.