Xiaomi confirmed that the Xiaomi Mi MIX 2s will be launched in China on March 27th. Subsequently, the company has also teased about some of its features and specifications in the past few days. The device will support wireless charging. Also, the device will have AI-powered dual camera setup. Similarly, a new batch of live images has been leaked, which tells a different tale from what we have heard until now.

As per the newly leaked images, the device has a display similar to the Mi MIX 2, with a front-facing camera located on the bottom left corner. However, this goes against most of the leaks, which predicted a completely bezel-less design. Interestingly, the dual-camera setup is similar to the one found on Redmi Note 5 Pro.

Similarly, an unknown Xiaomi smartphone was also listed on Geekbench with the code name Xiaomi Dipper. The Xiaomi Dipper has 6GB RAM and powered by the Snapdragon 845 chipset. The device scored 2449 points on single-core and 8309 on multi-core performance. Since Xiaomi has already confirmed the presence of the Snapdragon 845 chipset, chances are that this could be it. The device will have an AI-powered dual camera setup. However, the dual camera implementation is yet to be known. 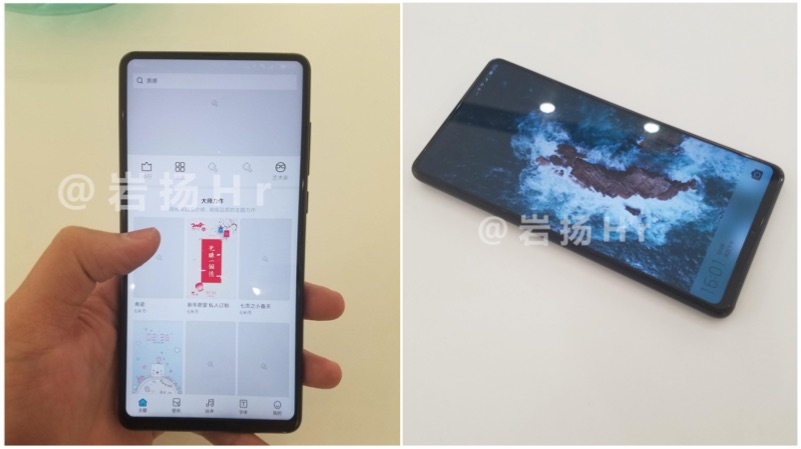