This LED Bulb Can Replace Your Wi-Fi

by Vipul VijMarch 21, 2018
0
Now Reading
This LED Bulb Can Replace Your Wi-Fi
Browse This Page It is astonishing to see how the internet has so quickly become an integral part of this world. Right from professional needs to personal entertainment, it is hard to get by a day without scrambling for 4G or a WiFi connection. It is fair to say that the world of internet has seen a lot of innovation over the years. We are also very close to publically rolling out 5G data network as well. Now, L-Fi (Light Fidelity) was first introduced as a concept at CES 2018 and is almost ready for its real-world.

Li-Fi-, however, is not a new technology. It has been in the works for years now and has always felt like it is almost ready. The technology uses visible and infrared lights instead of radio signals to create a wireless internet network. In theory, this is a much more stable alternative to crowded Wi-Fi networks. 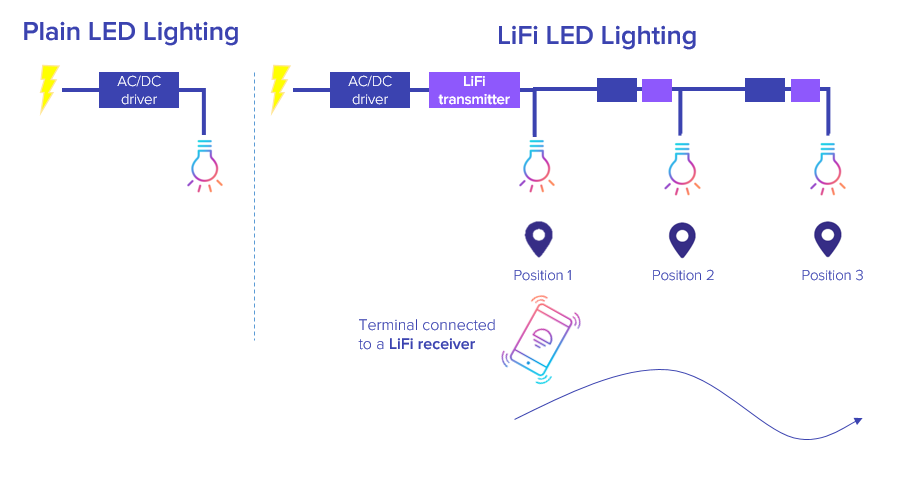 So, how it works is that internet cables are to run to any light fixture that has to be converted. Inside the fixture, a modem converts data packets and essentially modulates LEDs faster than what the human eye can see. Then, a compatible modem is plugged into a laptop which converts the light signals back to data and uses an infrared LED to send a response to a receiver in the light fixture.

In public spaces especially, Li-Fi has great potential. Since this technology uses light instead of radio signals, the interference between different devices is less. This is because light travels in line-of-sight and doesn’t penetrate any furniture or walls in its line. Essentially, two devices on the same Li-Fi connection use the same bandwidth without interference. Hence, in a crowded public space, this can be extremely useful as people, most of the time, end up scrambling for a working internet connection.

However, Li-Fi works on a double-edged sword. Ironically, the qualities that make it extremely useful (in theory), also cause the main issue with it. Since the technology relies on line-of-sight, a slight hindrance between the light source and the modem can cause a failure. Another issue is portability. Users can’t roam around with a stable connection as well.