Microsoft while a primary software and OS developer, has in the past forayed into hardware. And while the company has played with many smartphone ideas, no real “Microsoft Made” hardware for a smartphone has yet been launched. However, according to some internal email leaks from Microsoft, the company may be working on a Microsoft Surface Phone allegedly code-named Andromeda, aimed at being “pocketable”. Microsoft released its Surface line of devices to allow the users to have both portable and stationary workstations. While the Surface Pro and the Surface RT caters to the users who demand a portable workstation, the Surface Studio works more or less like iMac. 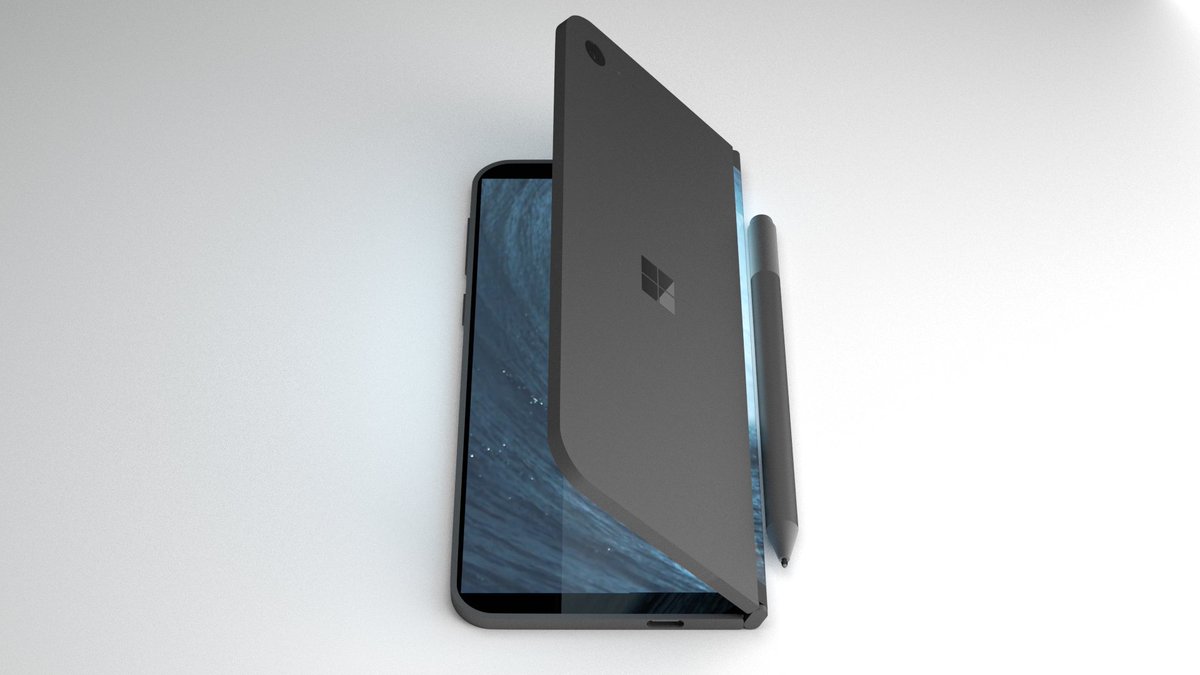 The Microsoft Surface Phone is code-named “Andromeda” which allegedly will be running on a new Operating System for the device with the same name. Microsoft has reportedly been working on a project under the code name of Andromeda for the past two years.

Must Read: 7.3-Inch Foldable Smartphone From Samsung Coming In December 2018

The concept designs by a Twitter user David Breyer suggest that the device may be a dual-screen smartphone.

As suggested by the leak, the device which Microsoft is allegedly working on, will not be a tablet, laptop, or a PC. This means that the only viable option left is a smartphone.

For the Microsoft, the Surface Phone could be a smart move as many manufacturers have already started producing foldable smartphones. The ZTE Axon M was released last year and is among the latest foldable smartphones featuring dual 5.2 inch 1080p LCD panel. These dual screens combine to form a 6.75 inch single screen display.

The leaked email intercepted by The Verge says,

This email provides a little insight on what Microsoft has in mind with the Surface Phone aka Andromeda. The phone may feature an entirely new software experience and a set of hardware which Microsoft is claiming to be innovative.

Microsoft had previously been working on a portable Surface device which was allegedly canceled almost a week before its release date. So we cannot say for sure when and if the Surface Phone or the Andromeda will be released but stay tuned on iGyaan as we will keep looking further into this story and keep you posted with the latest updates.

Abhinav Pathak
Newbie at iGyaan. When he is not writing articles or is dumbstruck with the latest innovations in the tech industry, Abhinav is either referencing himself in third-person or dealing with an existential crisis caused by the ever-expanding universe and how irrelevant anything else is from that perspective.
You Might Also Like
LatestMicrosoftMobile
Read More