The race to have notch-less screens is on and everyone is trying different ways to find the right mix of usability and productivity while not compromising on the looks. LG has reportedly filed patents for a new phone that may have three or four cameras on the back and a notch-less design. While there is a very thin forehead to the phone which houses the cameras just like the G6, the chin and forehead are both comparatively thinner.

Mi Mix was one of the first phones to try to eliminate the bezels and Oppo and Vivo soon followed. Oppo Find X employed a sliding camera while Vivo NEX had a pop-up selfie camera. The Mi Mix 3, which saw it’s launch recently, features a sliding back which is mechanical and not electronic. With its sliding camera, the Mi Mix 3 has a 93 % screen-to-body ratio. 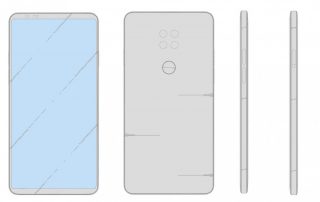 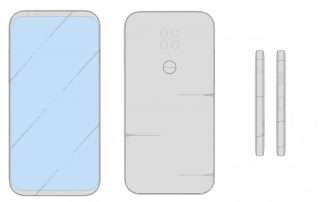 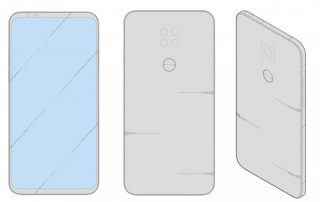 The images show that a fingerprint sensor will still be available in the phone. It seems like LG is not quite ready to embrace the in display fingerprint just yet. Samsung on the other hand always steers clear of the whole notch saga. They have made a different identity for themselves with the curved display which they call the infinity display. It has, on several occasions, mocked Google as well as Apple for their notches and are definitely taking a different route.

Samsung has also said that they are working on an under-display front facing camera to avoid the notch altogether. It is rumoured that the Samsung Galaxy A8s may feature the under- display camera. LG’s design patents suggest three different designs with each one having more rounded corners than the last. It will be interesting to see if LG’s old school design without the notch fares well with the customers or not!