India’s number one smartphone manufacturer, Xiaomi has launched their much awaited Redmi Note 6 Pro in the country. It is the successor to the highly successful Xiaomi Redmi Note 5 Pro which was previously launched in India. The new smartphone might carry forward multiple specifications from its predecessor but a lot has changed beneath the surface. The Redmi Note 6 Pro accommodates a 6.26-inch FHD+ display on the front along with a wide notch up top. The screen has a 19:9 aspect ratio with a resolution of 2280 x 1080 px and a pixel density of 403 ppi. Moreover, the smartphone uses a 500 nit brightness display panel which makes the colour even more crisp and improves visibility even in harsh sunlight. The front of the smartphone also has a thick lip at the bottom while the side bezels are considerably thin. The notch above the display houses the earpiece and dual 20 MP + 2 MP camera sensors. The front cameras of the Redmi Note 6 can also capture 1080p videos a 30 fps. The right side of the device is occupied by the power button and the volume rocker while the hybrid microSD + SIM slot is placed on the left. The top of the smartphone gets a 3.5 mm audio jack, IR blaster and a secondary microphone pinhole. The bottom of the device has the Micro-USB charging port which is flanked by the microphone and loudspeaker grill on either side. 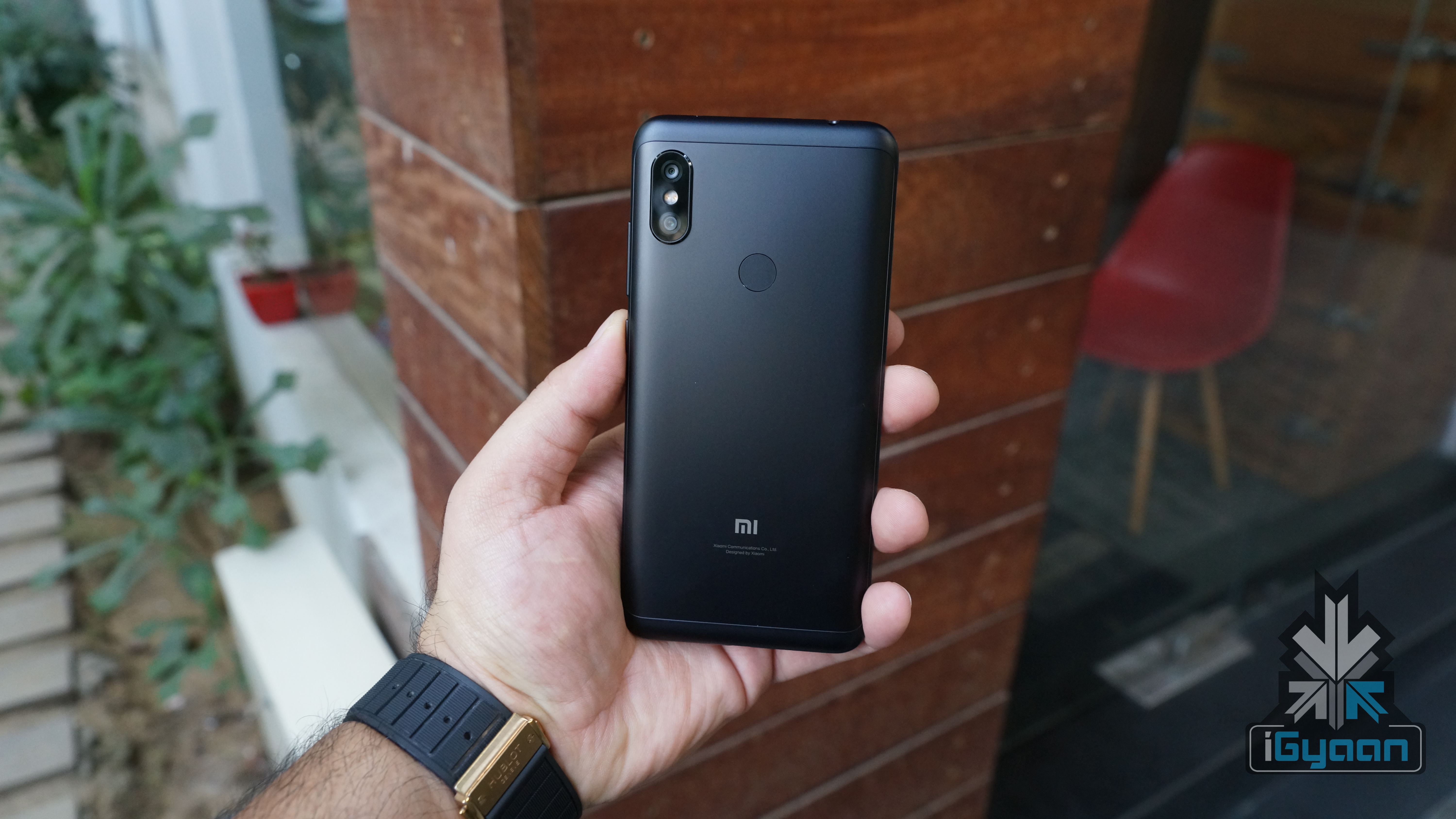 The aluminum back panel of the Redmi Note 6 Pro harbours the company branding, fingerprint sensor, and the dual 12 MP + 5 MP camera sensors along with with a Dual LED flash. Like the front cameras, the dual rear cameras can also shoot 1080p videos at 30 fps. The rear camera resolution on the Note 6 Pro might be same as its predecessor but it now gets a 1.4 ultra micron size pixel which can absorb more light. Theoretically, this additional light will translate into crisp and better-lit pictures.

Under the hood, the Redmi Note 6 Pro features the same Octa-Core Snapdragon 636 SoC which is also present on its predecessor. It runs on MIUI 10 which is built on top of Android 9.0 Pie and is powered by a 4,000 mAh battery with Quick Charge 3.0 support. In terms of connectivity, the smartphone supports dual 4G VoLTE, 802.11 ac Wi-Fi, and Bluetooth 5.0 Another noteworthy feature of the Redmi Note 6 Pro is its P2i liquid repellent nano-coating. The P2i coating does not make it waterproof. However, it will surely allow it to survive unexpected rain drizzles and accidental liquid spillovers. The Redmi Note 6 Pro is available in four color option which are Black, Rose Gold, Blue, and Red. The smartphone will be Flipkart exclusive and is available in two memory and storage variants which are as follows: