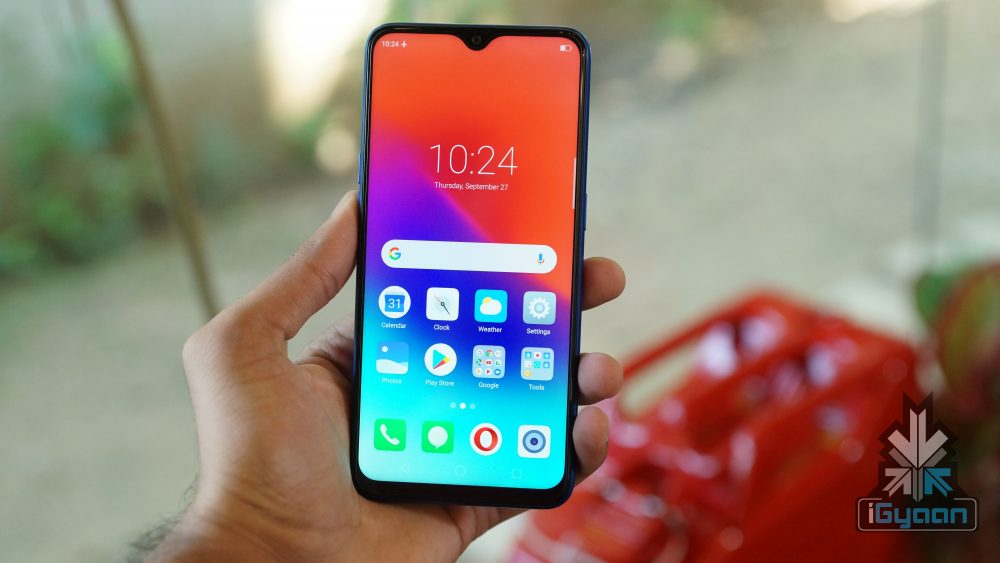 Chinese smartphone manufacturer Realme, has been boasting about an upcoming smartphone on Twitter. The upcoming device will be called the Realme U1 and is a photography oriented smartphone. Additionally, it will be the first handset to feature the latest MediaTek Helio P70 processor. The device is set to launch on 28th November and the latest leak reveals its detailed specifications. The leak suggests that the upcoming Realme U1 has a 6.3-inch LCD display with a resolution of 2340 x 1080 px and a pixel density of 409 ppi. It has a curved 2.5D glass and a screen-to-body ratio of 90.8%. The screen also has Corning Gorilla 3 to protect it against scratches. Under the hood, the smartphone features the Octa-Core MediaTek Helio P70 CPU along with ARM G72 GPU. The CPU has a clock frequency of 2.1 GHz. In terms of memory and storage, the smartphone is available in two options which are as follows:

It also supports memory expandability up to 256 GB via a microSD card. Realme claims that photography will be the key selling factor of the Realme U1. According to the leak, the smartphone has a 25 MP front-facing SONY IMX576 sensor which has a f/2.0 aperture. The smartphone has dual 13 MP + 2 MP camera sensors along with LED flash.

The smartphone is powered by a 3,500 mAh battery and the company will ship it with a 5v 2A (10 Watt) charger. However, information regarding connectivity options is currently unavailable. But, it is expected to support basic connectivity features like Wi-Fi, Bluetooth, and 4G VoLTE The Realme U1 is expected to be a sub 15K smartphone, but the exact price is currently unavailable. It will only be made official during the launch which is set for the 28th of November. Like other Realme smartphones, it will only be sold via online platforms.