Samsung has been on a patent-filing spree recently. From in-display cameras to an entire display which doubles up as the fingerprint scanner, they’ve got it all covered. Recently, one of Samsung’s long pending designs, that of the folding phone. The folding phone was shown by the company at the Samsung Developer Conference held earlier this month and the device is expected to enter production in the early parts of next year. Now, Samsung has patented a folding dual display smartphone, quite different form the existing foldable phone.

The patent for this new phone was filed early this year, in May. It has now been published and describes a smartphone with two separate housings. Each of these have an almost full-sized display. While the design of the foldable was shown, it has many variations compared to this patent. The new patent lists two full sized screens which work independently. The foldable phone can either be used as a smartphone when folded or as a tablet when opened fully. Android is also developing a separate OS for the device, to help support it better. The two display housings are independent of each other and area pulls together by the means of a magnet. You can also fold the device in a way to have both the displays facing outside. The patent describes the phone to be extremely versatile in terms of functionality and lists some of its functions. Data such as the time, status bar, battery and signal strength are shown on the left display. You can also use this screen to display a keyboard, while the content is shown on the other display of the phone. 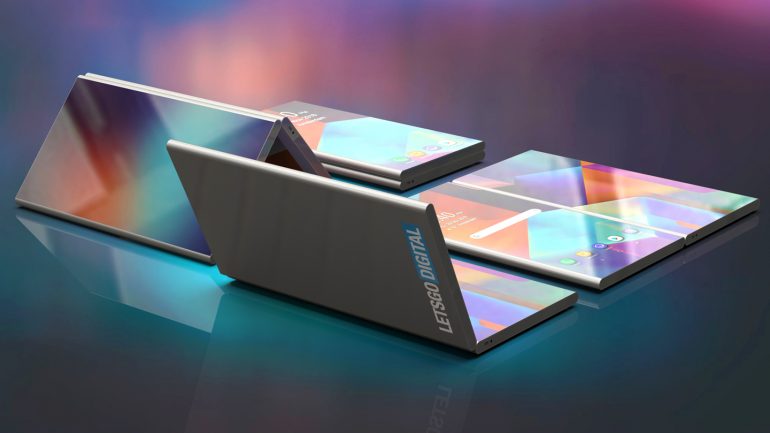 While the concept is pretty impressive, we are not sure whether this phone will make it into production. It is however possible that Samsung may take some cues from this and apply it to their other phones.