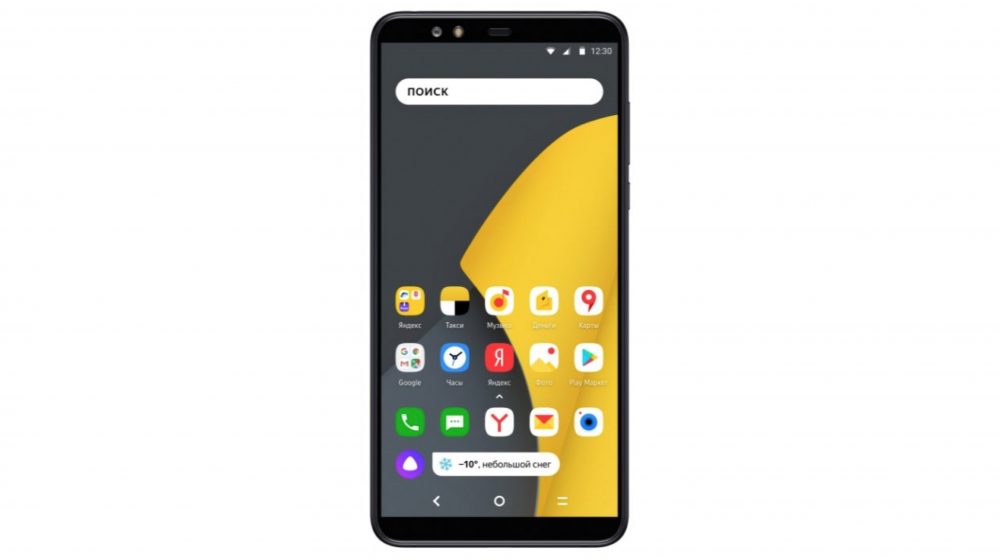 The Yandex Phone has an all-glass front and rear build with a metal chassis. It measures 72.5 x 150.1 x 8.28 mm and weighs in at 163 grams. The front of the smartphone accommodates a 5.65-inch display with a resolution of 2160 x 1080 px and a pixel density of 427 ppi. For photography, it has dual 16 MP + 5 MP rear cameras and a single 5 MP front selfie camera. The device can also record 2160p videos at 30 fps from the rear cameras and 1080p videos at 30 fps from the front sensor. Both the front and rear camera setup get a dedicated LED flash. The Yandex Phone is kitted with the Octa-Core Snapdragon 630 CPU along with Adreno 508 GPU. It is offered with 4 GB of RAM and 64 GB of inbuilt storage which is expandable up to 128 GB via a microSD card. The handset is powered by a 3050 mAh battery which also supports Qualcomm’s Quick Charge 3.o. To take on Google’s voice assistant, the Yandex Phone also has Alice, which is the company’s take on a virtual assistant. For connectivity, the smartphone offers dual 4G VoLTE support, 802.11ac Wi-Fi, GPS. 3.5 mm audio jack and a USB Type-C port for charging and data syncing. It runs on the Android 8.1 Oreo operating system. For added security, the device also has a rear-mounted fingerprint sensor. The Yandex Phone is available in a single colour option, which is Black. The smartphone carries a price tag of 17,990 Russian Ruble (around Rs 19,200) and it is up for pre-order in Russia while the deliveries will start from December 7.