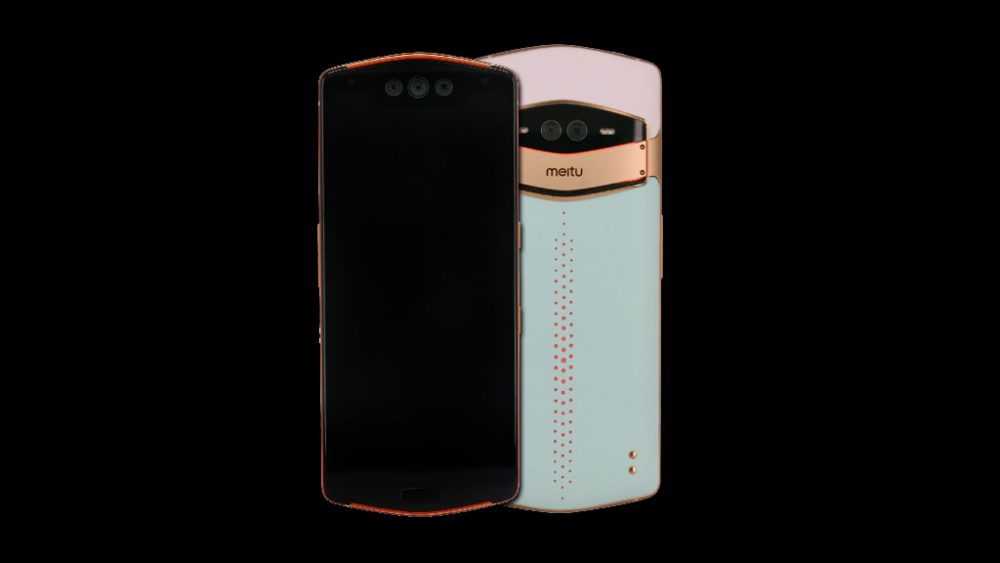 Meitu is a Chinese company which came into the limelight after they announced a strategic partnership with Xiaomi. The company now holds an exclusive global license that allows them to make use of certain Xiaomi technologies and branding. Meitu is about to launch a luxury smartphone called the  Meitu V7. To launch a special Tonino Lamborghini variant, the company has partnered with Italian supercar maker Lamborghini. A listing of the smartphone was previously spotted on TENAA. The listing provides information regarding both, the design and specifications of the smartphone. The TENAA listing reveals that the Meitu V7 has a symmetrical design with a premium build. The front of the smartphone has an all-glass build with triple selfie cameras. The right side of the Meitu V7 is occupied by the SIM card slot, power button and an unidentified button which might be used to control the camera shutter while the right side of the smartphone is occupied by the volume rockers. The rear of the Meitu V7 has a very premium looking design with dual cameras which are flanked with dual flash on either side. Additionally, a thick copper coloured metal strip runs across the back which makes the smartphone very attractive. The back of the smartphone is to be made out of pink and green leather-like material. According to the teasers, the Lamborghini Tonino Edition V7 looks very similar to the regular variant. Most notably, the rear of the special edition smartphone has Lamborghini’s signature Taurus Logo and triple Red, White, Green Racing Stripes. All in all, the smartphone seems to have a robust and stylish build that exudes luxury. The poster of the Meitu V7 reveals that the smartphone will launch on December 21st. Although the price of the smartphone is not yet available, it will have a premium price tag.