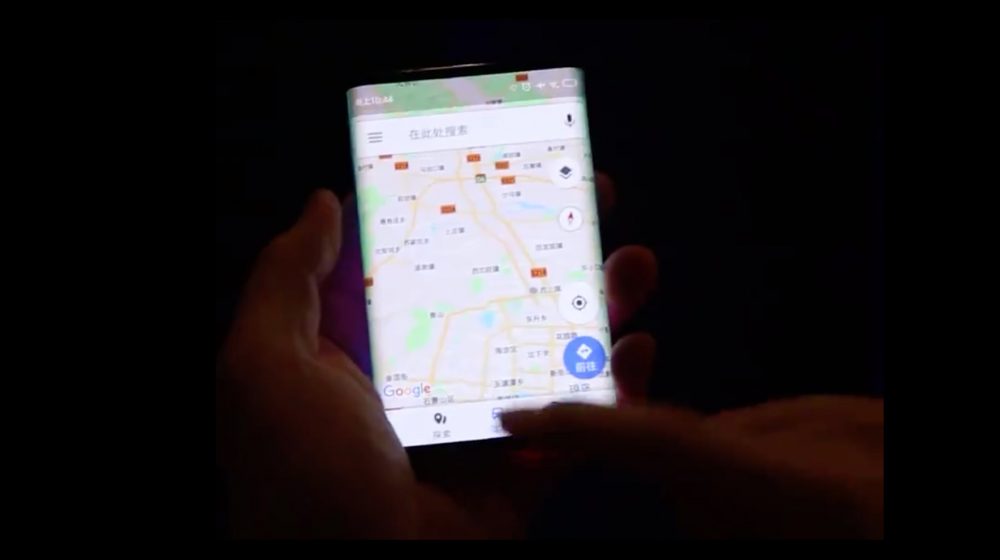 Xiaomi was founded in the year 2010 and during this 8-9 year period the company has developed several successful products . The company manufactures a wide variety of products ranging from smartphones to TVs. Strangely enough, the company even manufactures luggage trollies and mobility scooters, among many other everyday items. Though the largest contributor to overall revenue for Xiaomi still remains smartphones.

The year 2019 is believed to be the year of smart devices with flexible displays that can be used as both a tablet and a smartphone. Samsung has already announced that the first foldable Galaxy phone will be launched this year. Similarly, Huawei also has big plans for a foldable smartphone in the year 2019. A video leak reveals that Xiaomi already has a functional foldable device.

The leaked video of the alleged foldable Xiaomi device is leaked on Twitter by Evan Blass aka evleaks. The video showcases a foldable tablet that can fold into one third than its original size. The video has been captured in a badly lit environment and the Xiaomi branding was nowhere to be seen in the video. However, the User Interface and the icon pack on the device clearly express that the device runs on Xiaomi’s MIUI 10. The launch date of the foldable Xiaomi device is yet unknown. Though the device appears to be quite mature and fully developed. Xiaomi can likely unveil the device at the upcoming MWC 2019 which is scheduled for 25-28 February. Most notably Samsung is also expected to launch the first foldable smartphone in Q1 of 2019 and Xiaomi being their direct competitor might be planning something similar.