DJI has been making new and innovative products in the drone and videography business for a long time now. This year, at CES they showcased a smart controller with a screen that can see what your drone sees, in realtime!

The controller supports its Mavic 2 Zoom and Mavic 2 Pro drones and it features a screen with which you can see the visuals captured by the drone in realtime. The said screen is a 5.5-inch 1080p touchscreen that runs Android. DJI knows the problems that drone pilots face and thus, has included features to prevent those issues. It has protection from harsh temperatures ranging from -20 degrees Celsius to 40 degrees Celsius which allows the pilot to fly drones in extreme temperatures. The smart controller also has a bright 1,000 cd/m2 screen thus allowing for a clear viewing experience even in harsh and direct sunlight. It has Bluetooth 4.2, Wi-Fi, and DJI’s own OcuSync 2.0 video transmission technology. This technology for video transmission automatically switches between 2.4GHz and 5.8GHz to reduce interference. This allows the pilot assurance of a reliable long-range transmission. The Android loaded on the controller is a customised version with apps for sharing and editing. This includes DJI’s own Go Share app as well. 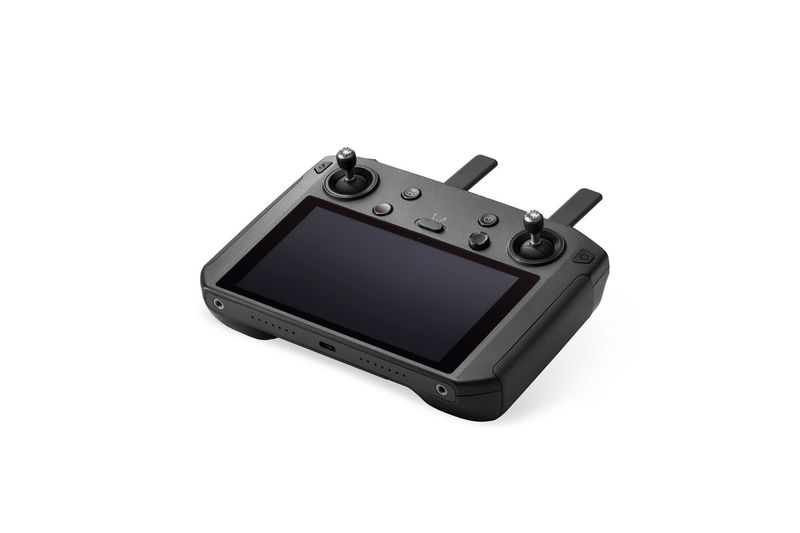 Additionally, it has a microphone and a speaker if anyone wishes to livestream the drone flight as well! If you want to playback your video directly on a bigger screen in 4K you can do that using the HDMI port on the controller. The in- built storage on it however, is just 16GB. The controller does however support a maximum of 128GB UHS-1 Speed Grade 3 card. Even at lower temperatures, the 5,000mAh battery with support for fast charging ensures that the controller lasts long enough for a flight. It can be fully charged in just 2 hours using a 12V/2A adapter and it lasts up to 2.5 hours on a single full charge.

The controller is priced at a hefty $650 and is available on the company’s website.

Souradeep Roy
Newbie at iGyaan. The Camera Guy !
You Might Also Like
Drone and RoboticsGadgetHardware NewsLatest
Read More