by Anubhav SharmaFebruary 25, 2019
0
Now Reading
LG Announces The G8 ThinQ At The MWC 2019
Browse This Page LG announced its premium smartphones for this season, which are the LG V50 ThinQ 5G and the LG G8 ThinQ. The highly-anticipated devices are finally released and their first impressions are very promising. Both the smartphones run on Snapdragon 855 SoCs and are targeted towards the premium smartphone segment. The LG G8 ThinQ is the successor to last year’s G7 ThinQ, and the device brings some really nice features to the table. It has a 6.1 inch QHD+ FullVision OLED display, which has a resolution of 3120 x 1440 px. The screen has a 19.5:9 aspect ratio with a pixel density of 537 ppi and HDR 10 support. The device has a similar notch to the newly announced LG V50 ThinQ, which looks a tad bit like the iPhone X. The reason behind the conservative notch is the 3D ToF sensor, which is housed in the notch with the front camera. 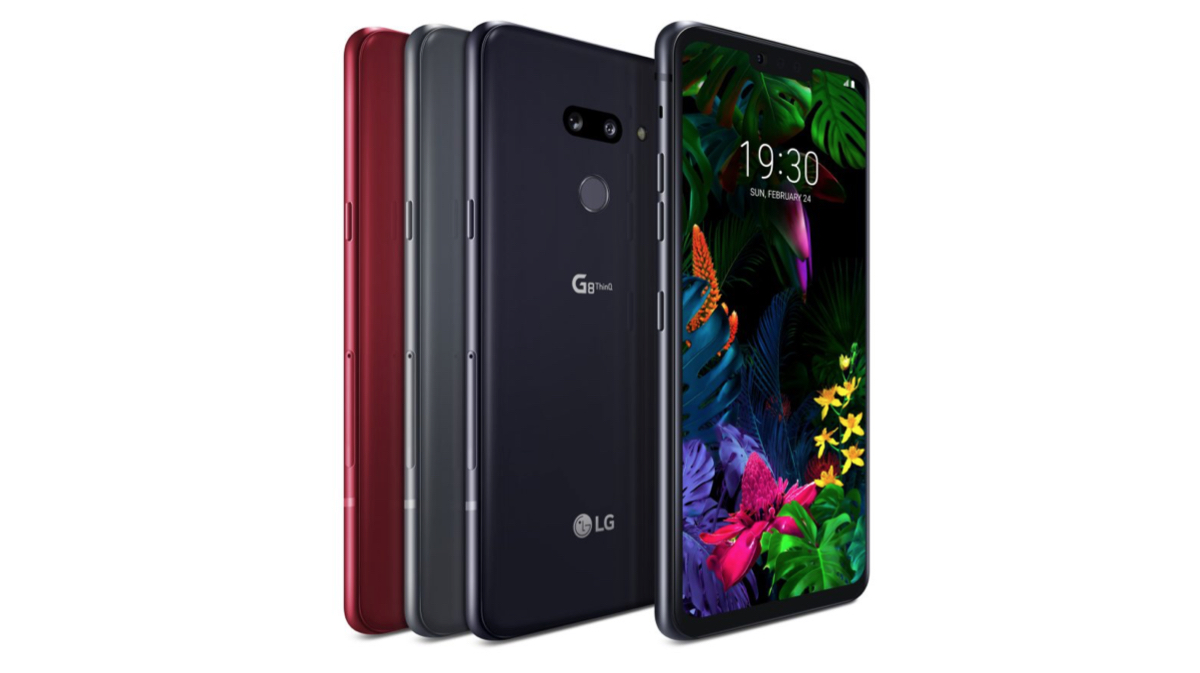 The triple camera module on the back panel of the LG G8 ThinQ is almost identical to the setup on the V50 ThinQ. The module is housed under the Gorilla Glass panel, implying that it doesn’t protrude from the surface at all. It comprises of a 12MP (f/1.5) camera sensor, a 12MP (f/2.4) telephoto sensor and a 16MP ultra-wide-angle camera. It is speculated that the device may be sold in another ‘market dependant’ variant with only a dual camera setup. In terms of the front camera, the device has a single 8 MP (f/1.7) sensor, but the highlight is the 3D Time of flight sensor placed right next to the front camera. The sensor has some really interesting capabilities, which will be discussed later. The device has a 3.5 mm headphone jack, which lies next to the USB Type C port and a ‘grille’ at the bottom of the device. One of the highlighting aspects of the LG G8 ThinQ is the resonating panel that can produce sound. Known as the CSO (Crystal Sound OLED), LG claims that the panel act as stereo speakers and adds an acoustic touch to the sound quality. Moreover, the CSO also acts as an earpiece for receiving phone calls, so users can literally listen to any part of the screen while conversing. The beforementioned ‘grille’ may be a part of the resonating chamber beneath the screen which is used to redirect audio. 32-bit Hi-Fi Quad DAC is integrated with in addition to DTS:X 3D Surround Sound for headphones. The device packs a 3,500 mAh battery which supports Quick Charge 3.0. It is also IP68 dust and water resistant and meets 14 MIL-STD 810G standards, which means that it can survive drops of over 8 feet without taking any damage. The LG G8 ThinQ has support for Portrait Video Recording in the front camera. It is really intriguing to see how the device will record videos with the bokeh effect. Also, as mentioned previously, the handset has a front facing 3D ToF sensor. Positioning it at the front ensures more functionality from the sensor. Also called the ‘Z Camera’, it claims to be more precise than a dot projector and faster than Apple’s current ‘Face ID’ technology. Also, the ToF sensor can capture an accurate image of a user’s palm – complete with wrinkles and the blood flowing through the veins. Since every person has unique wrinkles and veins, placing the hand in front of the sensor will instantly unlock the smartphone. It can also be used for hand gestures to control various apps in the device. It is still unclear how practical can this be, but sure, it’s an example of ‘useful innovation’ by LG.

The South Korean company has not made an official statement regarding the release date and price of the G8 ThinQ. However, the device can be expected to hit the market soon.