Samsung has had a rough couple of years. Post the recall of the Galaxy Note 7, Samsung laid low and didn’t advertise their devices much. A strategy which may have been well thought of. However, it had drastic implications on the brand’s sales. Samsung continued to sell its flagship phones like the Galaxy S8 and S8 Plus and even the Galaxy Note 8 was well received. What took a hit was the sale of budget devices, which is where the Galaxy M30 fits in.

The fragmentation within Samsung’s own lineup of products also didn’t help the company push numbers. Between the Galaxy J series, the On series and many others they experimented with, Samsung was losing ground fast to their Chinese counterparts.

The Galaxy M series is Samsung trying to understand the market. A complex economy driven by specs and not durability or after sale service. A market that is more prone to price cuts and discounts than any other. And a consumer who frequently changes his/her phone simply because a new model is available.

Has Samsung finally cracked the market with the M series and namely the Galaxy M30? Let’s find out in this Review. It is not difficult to see that Samsung has taken many of its design cues for the Galaxy M30 from the existing smartphone market in 2018. The tear drop notch display, the gradient back and a bezel less front. The cameras at the back also sit flush with the phone and so does the fingerprint sensor, which is usually depressed on some devices. the phone feels premium and has a robust frame. The device does not bend, wiggle or rattle from anywhere. The build is plastic which means it scratches easily and the back despite its nice metal finish may start to lose lustre soon. There is also no ingress protection, whether water or dust, although expecting that in this price bracket may be too much in early 2019. We expect that to start happening towards the end of the year.

The phone is 8.5mm thin despite the large battery and thick plastic build. It fits quite comfortably in the hand and does not feel heavy. Samsung really has cracked the market here. The Samsung Galaxy M30 features a Super AMOLED display with a 2280 x 1080 px resolution and a 394 ppi density. The display is not only punchy and colourful, it is bright and easy to view indoors and out. The viewing angles are excellent and Samsung has managed to accurately set the colour profile. Although for those with specific requirements the display colour can be optimised.

It also has the always on feature which as the name suggests keeps the screen on at all times to display clock even when the device is locked. Noteworthy, this feature only draws less power from the battery. Therefore, the users can keep this feature turned on without stressing that it would affect the battery performance.

The display covers over 90% of the front of the phone although a considerable chin dawns the bottom of the front. The camera cutout is minimal and if you enable Face Unlock, a small light runs across the camera notch while you try to unlock the phone, looks fancy. The Samsung Galaxy M30 features three cameras at the back; a 13 MP primary camera and two 5 MP sensors, one which measures depth. While the other is an UltraWide sensor. While the ultra wide sensor is great for the occasional landscape shot or group photo. The primary camera is great for everyday usage. You get accurate color and good low light performance ( which you do not with the ultra wide sensor), and some of the Live Focus features will be used throughly by owners of the phone. The phone camera UI is familiar and easy to use, and the camera produces good results consistently. Images are sharp, in focus have good color and contrast. The HDR works great and there are some manual controls for ISO and shutter.

The video is restricted to 1080p, but again the video result is good and colour is accurate. You can also stretch the video to the display format of 2280x1080px for widescreen video. 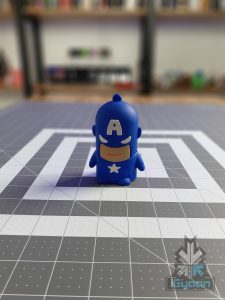 The Galaxy M30 runs on the Exynos 7904 it is a 14 nm chip with an Octa core CPU and a Mali-G71 MP2 GPU. The way the cores are laid out allow for better battery management, with two 1.8 GHz performance cores and 6 1.6 GHz daily cores. And while it is easy to fault Samsung for not using Snapdragon chips, Exynos chipsets work well and have consistently delivered long lasting performance on Samsung devices, also because much like Apple, Samsung optimises the hardware well with the software.

That being said, some of the performance scores leave a lot to be desired from the Galaxy M30 especially in comparison to the Snapdragon devices.

The phone does manage to run most games well and even PUBG works on high graphics even though medium is recommended, with good performance from the device. The phone also has a game booster which allows users to disable notifications and calls while allowing focus and allocating hardware resources to the game. Thereby improving the overall gaming experience ever so slightly. The Galaxy M30 is also available in both 4 GB and 6 GB variants, and if you are serial gamer and have the extra money the 6GB version will allow for more simultaneous apps and a smoother overall gaming experience.

Daily usage from the phone is impressive, and while multitasking is good the phone does seem to lack a certain fluidity, which could be more and Android Oreo thing. Since the phone ships with the older version of Android out of the box.

Another thing that has kept Samsung users unhappy has been their slow Android updates and less refined UI. While Samsung has had consistently one of the best UI skins for Android, it has been fragmented and difficult to operate through. The new One UI solves that with smoother animations and a minimalistic design. But, the Galaxy M30 does not have that yet. Samsung plans to update the whole M series to Android 9 and with that the One UI, when and how is presently unknown.

The UI is pretty refined on the Galaxy M30 and Samsung has included navigation gestures, with the ability to disable those annoying bottom tabs. The gestures work great but certain things are missing from the phone. There is no Samsung Pay or even Pay mini yet. The Always on display is missing despite a Super AMOLED screen and the dark mode seen on the newer A series phones is also missed on the M30.

However, all these are simple software related issues and can easily be resolved with a software update.

The phone does support HD streaming and has the Wildvine L1 certification. The display and speakers are great for consuming content and the phone also has Dolby Atmos for enhanced audio via headphones. The Samsung Galaxy M30 takes two SIM cards in dedicated slots along with a third slot for microSD expansion ( 512 GB worth). Both SIMs support VOLTe and also LTE data connectivity. Call quality and network strength is good and audio both from the speaker and microphone is impressive. The phone also has good noise cancellation for the microphone and manages to cancel out most of the background noise during calls. With a massive 5000 mAh battery the Galaxy M30 offers multiple day battery life. With a conservative approach you can see your phone run into day three. With heavy usage we found the phone to have upwards of 20% battery at the end of the day, this is with several hours of gaming and video consumption.

( Battery life tests are done in controlled conditions, and may vary from scenario to scenario)

The fingerprint sensor is fast on the Galaxy M30, and easy to setup. Samsung offers the ability to lock down certain folders and apps, along with certain other features. The phone also offers a less secure face unlock  which helps quickly unlock the phone using the camera.

The Samsung Galaxy M30 also offers a 15 Watt charger inside the box. The phone has a USB C port which makes it somewhat future ready. The Samsung Galaxy M30 is a fantastic flagship to the Galaxy M series. It is priced well and offers some really good features including a Super AMOLED display and a 5000 mAh battery. And while the Redmi Note 7 Pro’s  recent launch in India will make it difficult for users to decide, ( A comparison of the two will be out shortly), Samsung also made decisions difficult with the launch of the Galaxy A30. Samsung does offer best in class service and support which will help a buyers end decision if they plan to use the phone for a long time. Plus the added Samsung brand name may help aid the decision. Either way the Samsung Galaxy M30 is a compelling device, and if you are considering buying it, the decision of buying it will be a good one.

Great Overall device with a general peace of mind for the buyer.

8.2
Expert Review
7.5
User Review
19 ratings
You have rated this
likethis
What's your reaction?
Awesome
6%
Epic
12%
Like
18%
I Want This
55%
Meh
9%
Posted In
Latest, Mobile, Review, Samsung
Tags
About The Author