This is one of those moments that makes you feel proud. We got an exclusive hands on with the new upcoming Micromax A85 Super Phone, and we are happy to say the device is quite impressive. The overall specs mentioned in our earlier rumors match with the actual final device. The screen on the Micromax A85 is a Gorilla Glass coated, 3.8 inch 480×800 pixel display which has vivid color composition. The device also has a muti-touch surface and importantly is based on the Nvidia Tegra 2 Processor with 1GHz dual core chipset and a dedicated GPU (Geforce8). The overall interface of the device is quite smooth and Micromax for once has done some unique customizations to the Android Build. Android on this device is still however 2.2 (froyo) but the company insider promises that the Android 2.3 build is already-ready and undergoing testing. We are keeping our fingers crossed with that. The interface has a unique mix of apps and widgets with an option of multiple launchers from the initial rom. The device also features Gesture control which can be seen in a limited number of inbuilt applications such as Email, messaging, contacts, etc.  The gesture controls can be used to navigate through the picture gallery and play/pause and forward/rewind in the music /video players. The gestures main use will come into the phone app with which you can answer or silence incoming calls, and with the wave of your hand you can put the phone into Speakerphone mode while in a call. The device scored well in our initial hands on, as we also got a chance to add some benchmark apps and run them to get mighty impressive scores, which you will be able to see in the upcoming video shortly. The device is Micromax’s first attempt in the Rs. 15,000+ handset market and it seems like Micromax choose the right device. The initial impressions with the speaker and the video playback were impressive. The “Intelligent Illumination” camera was also fast to focus and click pictures even in dim lighting. The price of the phone is expected around the 18-19K mark ,but we are hoping for a drop soon after launch.

Check out our flurry of first hands on images below, and stay tuned for the complete video after the break. 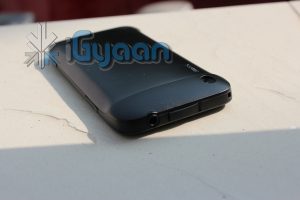 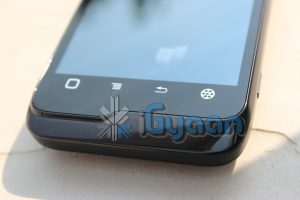 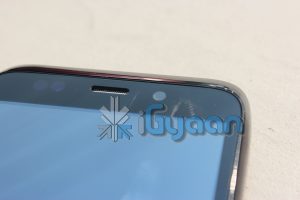