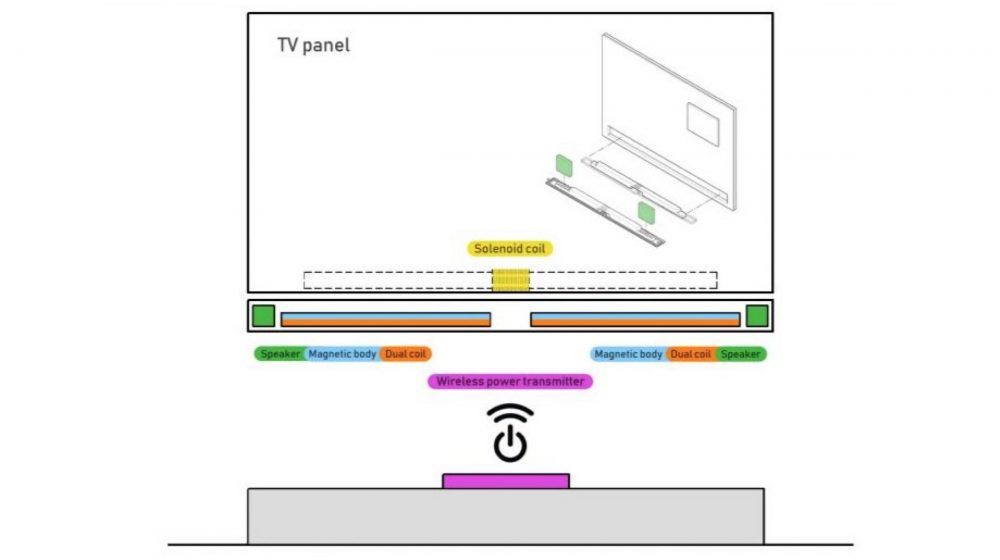 Samsung is a leader in several fronts of technology including smartphones and televisions. Earlier this year the company had launched the world’s first smartphone with an ultrasonic fingerprint sensor in the form of Samsung Galaxy S10 and S10+. Another interesting product that the company is expected to launch is wireless Television. A freshly granted patent demonstrates how the aforementioned Television operates and functions. Samsung filed a patent with WIPO (World Intellectual Property Office) for a wireless power transceiver and display equipment in the month of March last year. The patent was granted to the company on the 28th of February 2019, which details how Samsung envisions to power the TV wirelessly. Traditionally, wireless power transfer can be achieved with the help of using a wide coil. But, it is not feasible to accommodate the apparatus in thin televisions of the modern day. The patent granted to Samsung exhibits a slim bar-shaped wireless power transceiver which is mounted horizontally behind the TV unit. A transceiver is a device that can both transmit and receive connections. The power transceiver is provided with dual coils which are wound in opposite directions. The patent also details a power supply unit which is placed below the TV but does not physically touches the display unit. Except for this information, other details like the size of the display, type of the display are currently unavailable. According to reports, the TV with this technology will take a few more months to turn into consumer-ready products. Accordingly, the company can showcase such a TV at the upcoming IFA 2019 event or CES 2020.