Samsung Is Working On An Ingenious Foldable Phone Claims Patent 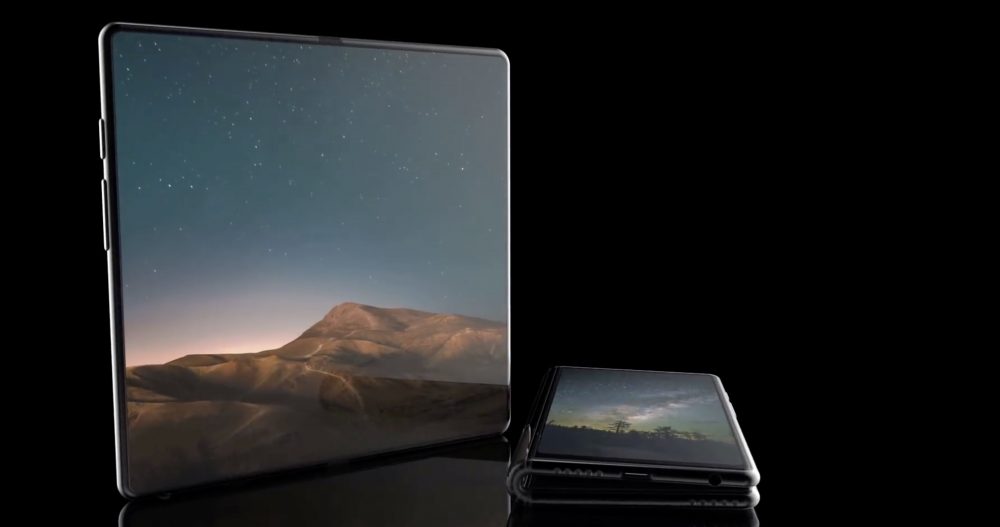 Late last month, the Korean Electronics giant, Samsung launched its first foldable smartphone called the Galaxy Fold. The device has an unconventional design with a large foldable inner display and a primary cover display. Soon after the launch of the Galaxy Fold, Huawei launched its first foldable smartphone that carries the Mate X moniker. The key difference between the two newly launched devices is the type of foldable display. The Samsung Galaxy Fold has an inner folding display while the Mate X has an outward folding display which the company refers as a falcon wing design. A freshly granted patent to Samsung proposes that the company is working on another foldable phone with an ingenious design. The patent also raises the question of whether the device is a successor to the Galaxy Fold or an entirely different smartphone. Samsung filed the patent for the aforementioned foldable smartphone with WIPO (World Intellectual Property Organization) on the 21st September 2018 which it was granted on the 4th of January 2019. The front of the device houses a large screen foldable display which is stabilised via a complex spring-loaded mechanism. The left and right halves of the foldable device are consolidated with the help of a flexible material which conceals the previously mentioned mechanism. The spring that drives the mechanism stays in a rested position when the device is in its folded state. However, to maintain a flat unfolded state the user must turn a small latch at the rear of the device which tenses the spring to present a smooth and wrinkle-free display. As the display of the device from the patent stays exposed it is highly susceptible to scratches and scuffs. Therefore, the company is also expected to develop a protective case for the device. Surprisingly, the patent does not exhibit any camera sensor on the front or the rear of the device. Any details about the specifications of the foldable smartphone are currently unavailable. We will have to wait for the company to spread some light on the foldable smartphone from the freshly granted patent.

Is It The Galaxy Fold 2? The answer to this question is not certain, however, presumably the freshly patented device will co-exist alongside the Galaxy Fold. The market for foldable phones has just started to bloom and Samsung being a leader would want to take full advantage of the market that is soon expected to explode. Accordingly, the company is likely to launch several foldable phones with disparate sizes and forms to examine the choices of the consumers.