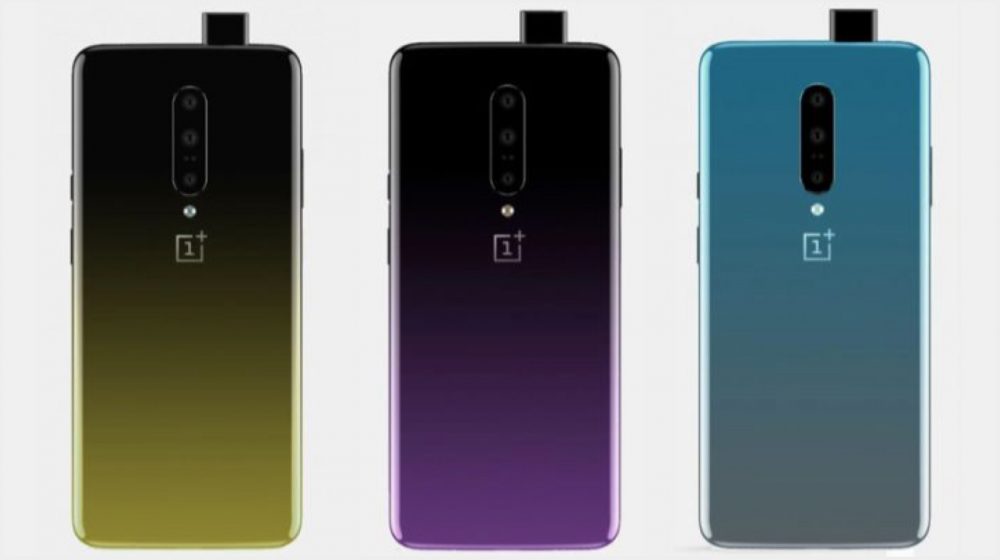 OnePlus is a considerably new company in contrast to competitors like Samsung and Apple. Nevertheless, the company has made a lasting mark in the heavily crowded smartphone industry. It is soon expected to launch the OnePlus 7 which will succeed the OnePlus 6T from the yesteryear. The upcoming smartphone is believed to be significantly different both in terms of design and features in comparison to its predecessor. The device has previously been subjected to several leaks which revealed its key specifications and price. A fresh leak claims that the company will launch its next flagship with new gradient coloured back panels. The latest leak of the OnePlus 7 reveals a smartphone with a popup selfie camera which is reminiscent of the Vivo V15 Pro. The right side of the smartphone houses the power button and the sound profile slider while its left side houses the volume rockers. Surprisingly, the upcoming device features triple rear cameras which have been bumped up from two on its predecessor. Noteworthy, the rear panel of the OnePlus 7 which is assumed to be made out of glass has an attractive look with gradient finishes. The leaked images show three different coloured gradient finishes which include yellow, purple and cyan. The purple coloured gradient looks similar to the OnePlus 6T Thunder Purple, while the two other colours are brand new. The probability of OnePlus 7 being offered in these gradient colours is quite high. Not long ago, a YouTuber named Arun Maini got a chance to visit the OnePlus factory in China from where he revealed several intriguing facts. He shared a video in which he showcased a whole bunch of prototype glass panels with gradient finish for OnePlus smartphones which never made their way into the production handsets. Both the newly leaked renders and the previously shared video can be taken as a serious indication that OnePlus is likely to launch its upcoming flagships in the aforementioned gradient panels other than the traditional colours. We will have to wait patiently for OnePlus’s official announcement to confirm the specifications and design of OnePlus 7.