Samsung Galaxy A70 Launched With A 4500mAh Battery

by Yashonil GuptaMarch 26, 2019
0
Now Reading
Samsung Galaxy A70 Launched With A 4500mAh Battery
Browse This Page Samsung launched the newest smartphones in its Galaxy A lineup, including the Galaxy A10, Galaxy A30 and Galaxy A50 last month. These devices showcased a new strategy by the company to regain the market share lost to the advent of Chinese smartphone OEMs. In a fresh announcement, the company has launched the latest member to the family, the Galaxy A70 with innovative features and modern design. The Samsung Galaxy A70 is the elder sibling to the Galaxy A50. It features a similar design, complete with a ‘3D Glasstic’ gradient at the back. The front is dominated by a massive 6.7 inch Super AMOLED display with a resolution of 2400 x 1080 px. There are minimal bezels all around the display and an Infinity-U style notch on the top. For biometrics and security, the smartphone has an in-display fingerprint scanner and support for face unlock technology.

The Samsung Galaxy A70 runs on a chipset which consists of an Octa-core CPU, out of which two cores have a clock speed of 2.0GHz and six are clocked at 1.7GHz. While the company hasn’t specified the details of the chipset, it is speculated to be the 10nm Snapdragon 670 which Samsung manufactures for Qualcomm. For optics, the smartphone has a triple rear camera setup consisting of a 32MP sensor with an f/1.7 aperture; combined with an 8MP ultra-wide angle sensor with an aperture of f/2.2; and a 5MP f/2.2 depth sensor. For selfies, there is a 32MP camera with an aperture of f/2.0 housed in the Infinity-U notch on top of the display. In terms of memory and storage, the device will be available in the following variants. The Galaxy A70 is powered by a hefty 4500mAh battery with support for 25W fast charging via the bottom mounted USB Type-C port. There is also a dedicated microSD card slot for memory expansion up to 512GB. The smartphone runs on the latest OneUI on top of current Android 9 Pie. It will be available in four colours, namely Black, Blue, Coral and White. 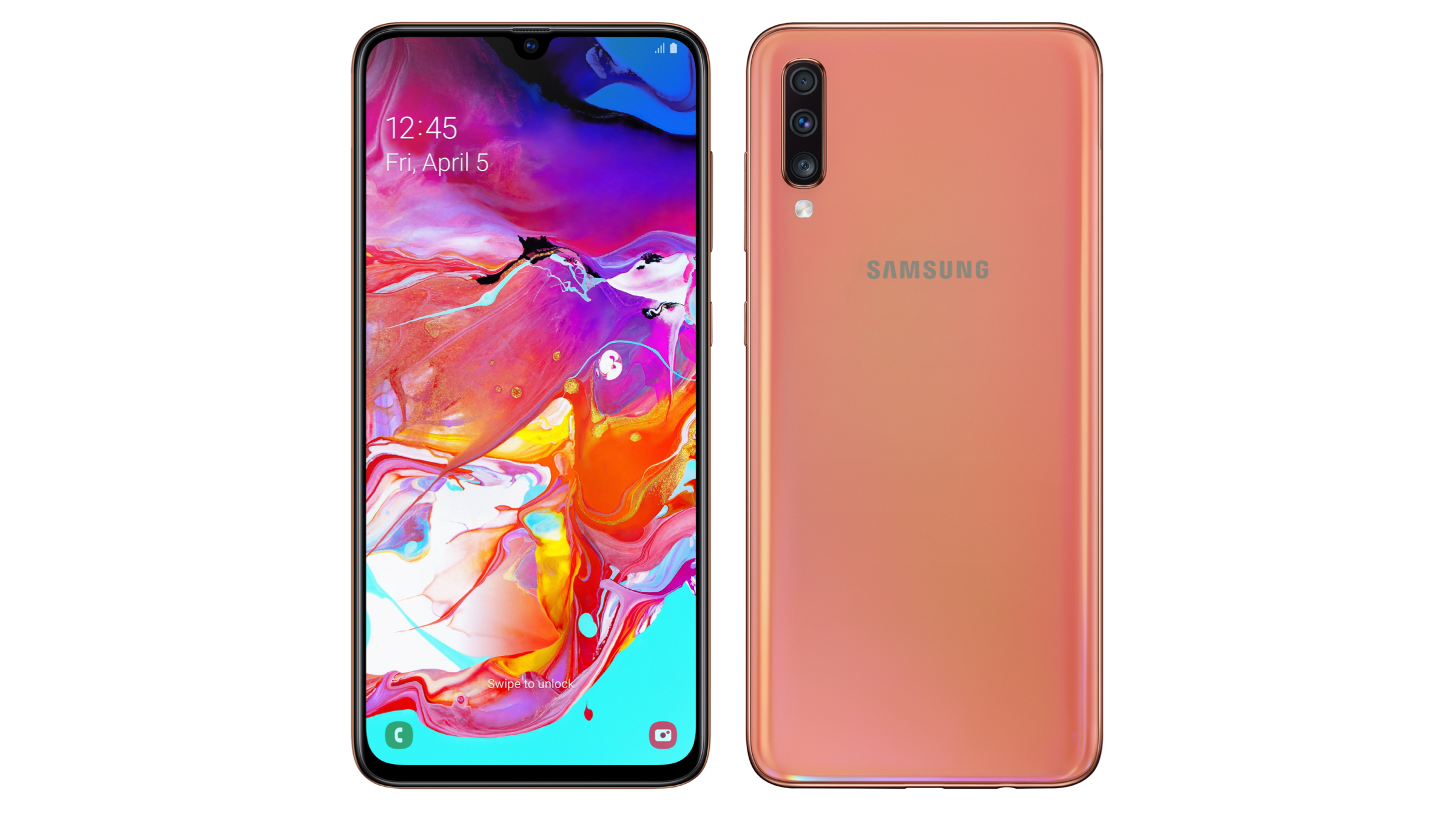 Also read: Round Up Of The Apple Event Held On 25 March

The Samsung Galaxy A70 is expected to be formally announced at an event on the 10th of April. Unfortunately, the company has not given any information on the pricing and availability of the smartphone but it is expected to be priced below Rs 30,000 in India.