by Sahil KapoorApril 2, 2019
0
Now Reading
Samsung Galaxy S10 5G To Go On Sale On The 5th Of April
Browse This Page 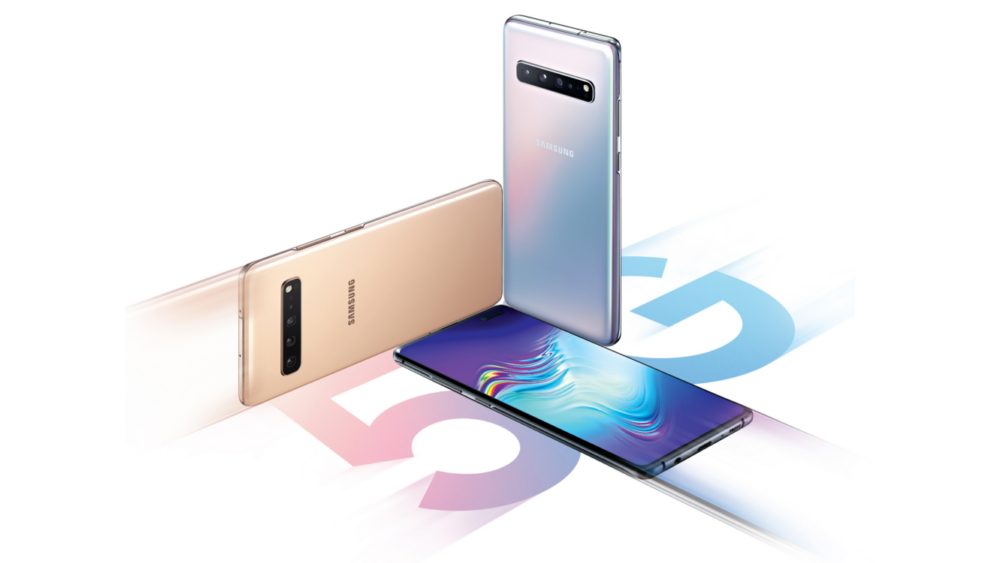 The Samsung Galaxy S10 5G measures 162.6 x 77.1 x 7.94 mm and tips the scale at 198g. Its design is recollective of the Galaxy S10+ with Corning Gorilla Glass 6 protection on the front and Corning Gorilla Glass 5 protection on the rear. It features an Infinity-O, 6.7-inch Dynamic AMOLED display with a resolution of 3040 x 1440 px. The display panel has a pixel density of 505 ppi and 19:9 aspect ratio. For securely and quickly unlocking the handset, it has an ultrasonic on-display fingerprint sensor. The Galaxy S10 5G features the latest Qualcomm Snapdragon 855 SoC which is fabricated using 7 nm technology. The chipset consists of an Octa-core CPU and the Adreno 640 GPU. The smartphone also has the Qualcomm X50 modem which provides it with 5G capabilities. It has 8 GB of LPDDR4x RAM and 256GB ROM which is non-expandable. The Galaxy S10 5G packs a 4,500mAh battery which supports 25W fast charging via the bottom mounted USB Type-C port. Furthermore, it also supports wireless charging with support for reverse wireless charging. Unfortunately, the company has not revealed the price of the smartphone. However, a past report claimed that it is expected to cost around 1.5 million won (Rs 91,200).