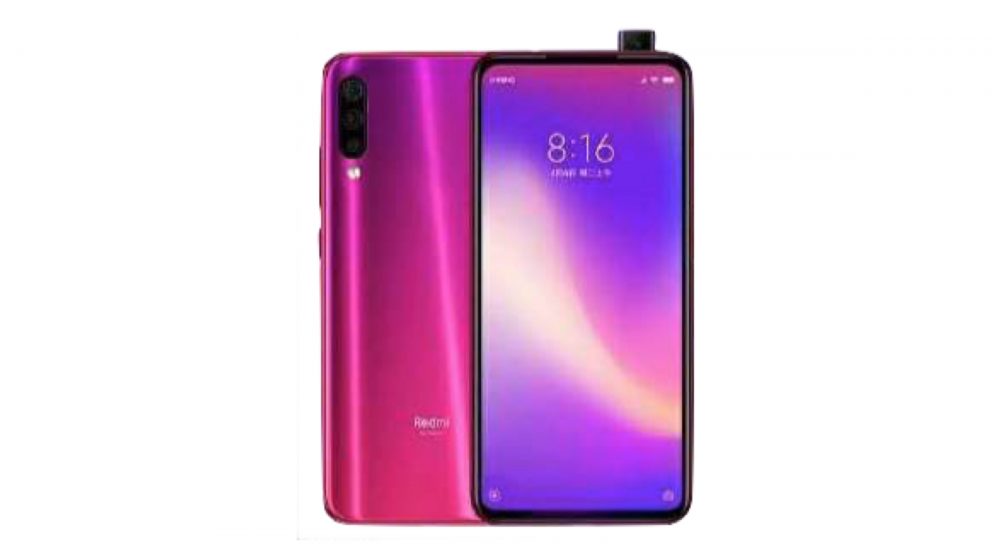 In the month of January 2019, Redmi parted ways from Xiaomi and became a separate brand. Redmi Note 7 Pro and the Redmi Note 7 were the first smartphones from the brand, and they received rave reviews globally. Time and again, the company has been dropping hints that indicate the launch of a Redmi flagship device. Previously, a public source revealed the design, chipset and other significant features of the smartphone. Freshly leaked images suggest that the “Redmi Pro 2” smartphone will sport a 3.5mm headphone jack and a pop-up camera like the Vivo V15 Pro.

Today product director of Xiaomi, exposed suspected photos of Redmi 855 (later he deleted the post). As shown in the photo, the device uses a full-faceless screen with a 3.5mm headphone jack on the top. The front camera is hidden.#Xiaomi #Redmi pic.twitter.com/PNDU1o3bZ7

The image was shared by the product director of Xiaomi, which was as  quickly removed from the social media website, Weibo. The image shot on the Mi 9 SE exhibited some bottles, but that’s not all the image contained. Upon zooming in to the right section of the image, a device with a pop-up camera and a 3.5mm headphone jack is clearly visible. Since no Redmi smartphone features a pop-up camera as of now, it is quite plausible that the smartphone is Redmi’s upcoming flagship, which will allegedly be called the “Redmi Pro 2”.

As per previous leaks, the Redmi Pro 2 will feature a similar design to the previously released Redmi Note 7 and the Note 7 Pro. Since the front camera is speculated to be housed in the pop-up mechanism, the device will feature a high screen-to-body ratio. As per images, the pop-up camera mechanism is present on the top left side of the smartphone, whereas the right side will house the 3.5mm headphone jack. The “Redmi Pro 2” is expected to sport a  gradient design on the back panel. Furthermore, it may have an in-display fingerprint scanner which is slowly becoming the standard for flagship smartphones.

It has been confirmed that the flagship smartphone will run on the top-of-the-line Snapdragon 855 chipset, which powers a multitude of flagship devices like the Samsung Galaxy S10 lineup. The chipset comprises of an octa-core Kryo 485 CPU and the Adreno 640 chip for graphics. The device is expected to sport a triple camera module, with a 48MP Sony IMX586 primary sensor. Reports also suggest that the front camera of the smartphone will have 32 MP resolution. In terms of memory and storage, the base variant of the smartphone is expected to feature 6GB of RAM and 128GB of internal storage. The device may be powered by a 4000 mAh battery with support for 18W fast charging. As per previous leaks, the “Redmi Pro 2” will go on sale in China during the month of May 2019. The device is expected to be priced at CNY 2,499, which roughly translates to INR 25,600. The smartphone may make its way to India soon after its China launch.

likethis
What's your reaction?
Awesome
8%
Epic
15%
Like
15%
I Want This
31%
Meh
31%
Via
Twitter
Posted In
Latest, Mobile, Xiaomi
Tags
leaks, Redmi
leaks, Redmi
About The Author