Microsoft is mostly known for its software products which mainly include Microsoft Windows and Microsoft Office suite. However, in the last few years, it has launched a variety of innovative hardware products under the Surface lineup which includes laptops, tablets, headphones, AIO (All In One) computers. One distinctive product from the lineup was the Surface Hub which is a collaborative computing device for modern offices. In simple words, it is a large screen device running Windows OS which intends to improve productivity in a workspace. In an event held on the 17th of April, Microsoft launched its successor which carries the Surface Hub 2s moniker. The newly launched device is a significant upgrade over its predecessor, both in terms of design and specifications. In terms of design, the Microsoft Surface Hub 2s is reminiscent of a large screen TV mounted on a steel tubing frame with castor wheels. It measures 1097 x 741 x 76 mm and tips the scale at 28 kg. The device features a 50 inch 4K IPS LCD display that has a 3:2 aspect ratio and an anti-glare coating. In contrast, the original Surface Hub had a 55-inch display with a 16:9 aspect ratio. The newly launched device is kitted with an 8th Generation Intel Core i5 Quad Core processor. In terms of memory and storage, it has 8 GB of RAM and 128 GB of SSD. The Microsoft Surface Hub 2s ships with the Surface Hub 2 Pen which can be used as a stylus to write on the display and control several functions of the device. It also has a detachable Hub 2 camera which apparently can be used for video conferencing in a workspace. Input-Output ports on the device include USB A port, Mini Display Out, RJ45 Gigabit Ethernet, HDMI Out and 4 x USB C ports. In terms of connectivity, it supports Wi-Fi 5, Bluetooth 4.1 and maracas display technology. 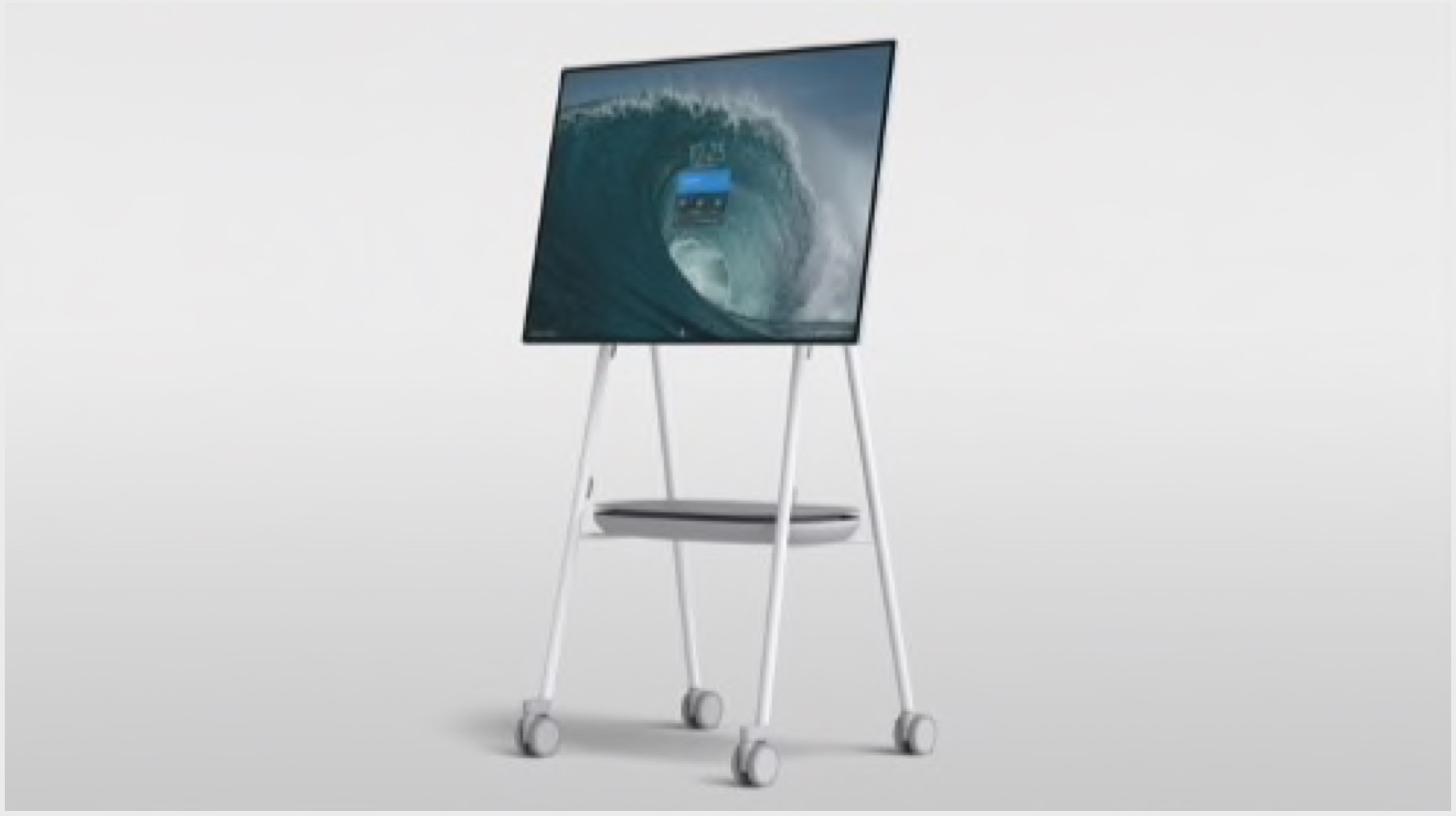