OnePlus 7 Pro Leaked In All Its Glory By Casemaker

by Sahil KapoorApril 19, 2019
0
Now Reading
OnePlus 7 Pro Leaked In All Its Glory By Casemaker
Browse This Page 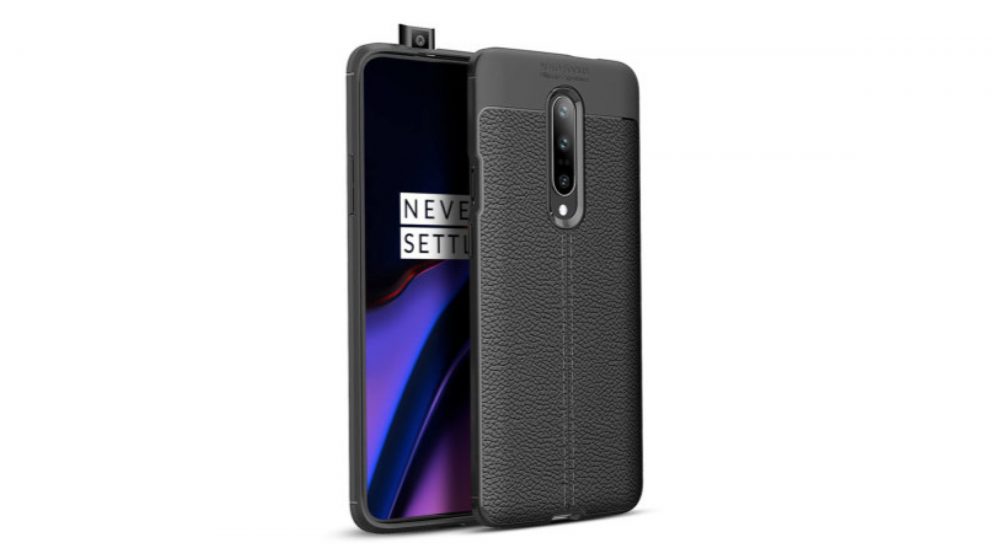 Chinese smartphone maker, OnePlus will soon launch the successor of the OnePlus 6T which was launched last year. Surprisingly, reports claim that the company will launch two smartphones instead of one with the upcoming launch cycle. The expected devices are allegedly called the OnePlus 7 and 7 Pro. As the name suggests, the Pro variant will be the beefed-up alternative of the standard smartphone. The OnePlus 7 Pro was previously reported to have a considerably different design in comparison to its predecessor and fresh listing on a case makers website support the claim. The listing on the website is detailed enough to exhibit what the device will look like from all angles. According to the listing on MobileFun, the front of the OnePlus 7 Pro is reminiscent of the OnePlus 6T which houses a large screen display with minimal bezels. However, the noticeable difference in the upcoming device is a lack of waterdrop notch. Unlike the OnePlus 6T, the expected device has a pop up style selfie camera like the one present on the Vivo V15 Pro. The placement of ports and switches on the OnePlus 7 Pro is similar to its predecessor. The bottom of the device is occupied by the speaker grille, USB C port and the microphone pinhole. The right side of the handset houses the power button and the mute switch, while its left side houses the volume rockers. The case listing of the OnePlus 7 Pro reveals that it features triple rear cameras which are arranged in a vertical arrangement. The third camera on the smartphone might be a TOF sensor which helps in capturing depth information. All in all the device looks attractive and a worthy upgrade, even though will have to wait till it is officially announced. OnePlus has not yet put a launch date on the OnePlus 7 Pro, however, reports claim it will be launched on 14th of May. The exact price of the device will only be launched at the time of its official launch. But, going by its features and reports it will be priced between the 45 and 50k price bracket in India.