To encash on the rapidly booming smartphone gaming industry, Chinese smartphone maker, Nubia had launched a couple of gaming-centric smartphones in the past. The previously launched devices were warmly welcomed and in order to further benefit from the trend the company is set to launch the Nubia Red Magic 3. The smartphone is set to launch on the 28th of April and days before the official announcement, it has been spotted at a Chinese gaming event. 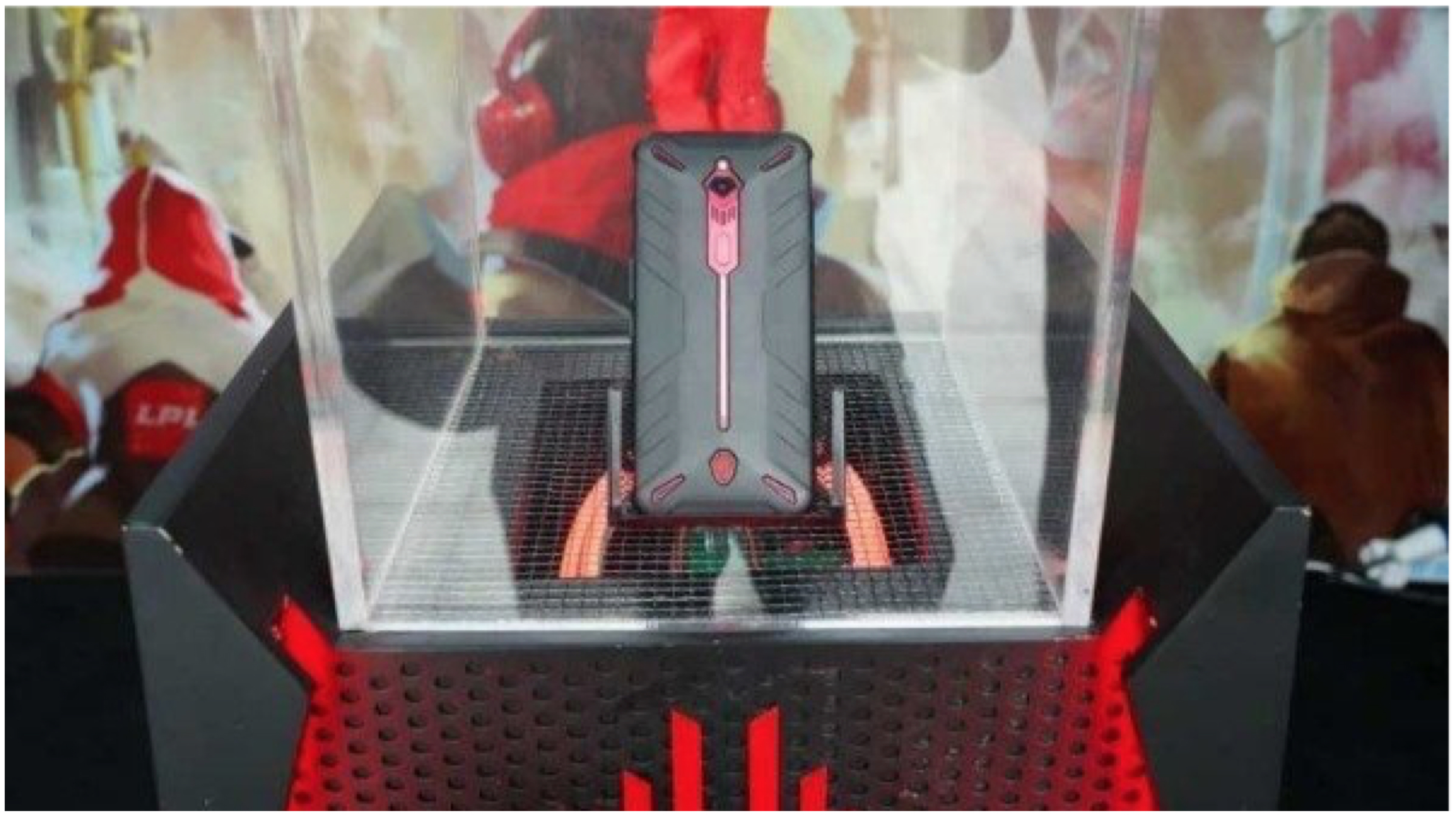 According to the images shared on Chinese website ITHome, the Nubia Red Magic 3 has a similar design to the original Red Magic and the Red Magic Mars. The rear of the smartphone harbours a hexagonal shaped fingerprint sensor, slits on each corner, RGB LED strips and the single camera setup. Distinctively, the camera lens has an unconventional diamond shape which is accompanied by an LED Flash. The slits on each corner of the Red Magic 3 is expected to have similar functionality as the original handset. Accordingly, the bottom slits will be used as cooling vents for the device. Sadly, the details about the front fascia of the smartphone are unavailable and will be publicised at the time of the launch which is imminent.

In terms of specifications, the Nubia Red Magic 3 will be kitted with the Snapdragon 855 SoC which is also featured on devices like the Galaxy S10 lineup and Oppo Reno 10x Zoom. The smartphone will be powered by a 5,000 mAh or larger capacity battery which will support fast charging. Furthermore, it will have a high refresh rate display which is claimed to be equivalent to a gaming PC monitor.