Royole Working On A New Form Of Folding Wearable Technology 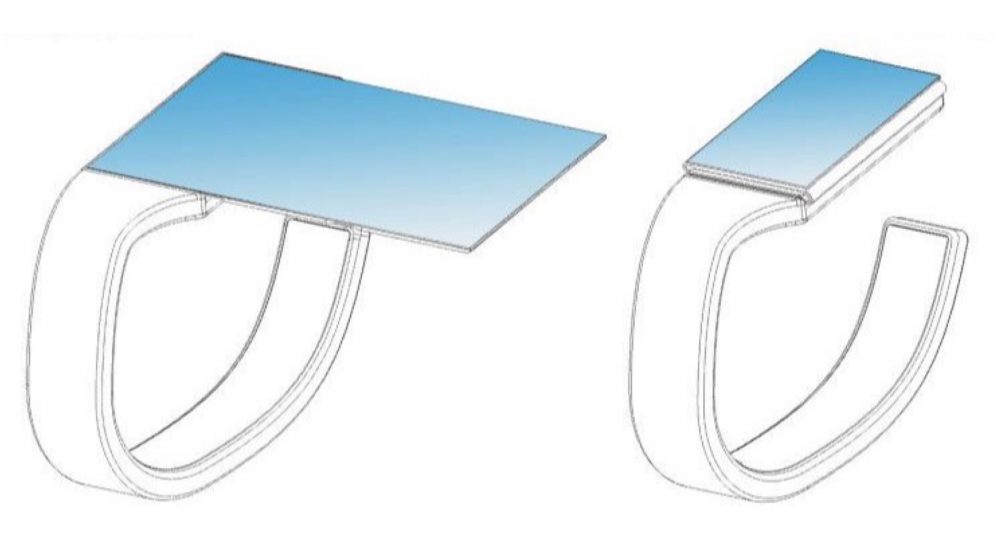 Chinese technology company Royole is best known for making the world’s first foldable smartphone, the Royole FlexPai. Fresh patents from the company have surfaced online which reveal it is working on two new design for foldable wearable devices. Both the wearables feature a large screen that can be folded to be comfortably worn on the wrist. The patent for a folding wearable was filed by the Royole Corporation in the second half of the year 2017. It was then published on the website of the World Intellectual Property Organisation (WIPO) on the 4th of April 2019. Images in the patent reveal a flexible wristband with a foldable rectangular display. The display can be folded into a compact form factor that can be easily worn on the user’s wrist. To hold the screen together, magnets are used behind the display. All the necessary display components are processed inside the bendable housing behind its top layer. The patent claims the folding wearable will make use of a flexible battery, which will be integrated into the watch band. Unfortunately, it is unclear what battery technology will be used into the device, as modern-day Lithium-ion (Li-ion) batteries cannot be bent because they have a high chance of leaking or exploding. The second patent showcased is of a ‘Smart bracelet’ which was published in the month of February this year. The images in the patent showcase a similar device to the first patent with minor differences. Like the one mentioned above, the device in the images also showcases a smartwatch with a foldable display, however, this time it is shaped in the form of a bracelet. The display on the smart bracelet can be unfolded downwards, providing an elongated screen. To facilitate the folding and unfolding, a rotating mechanism is used on the device. While the company has been granted these patents, it is unknown as of now if it will release devices corresponding to them in the near future.