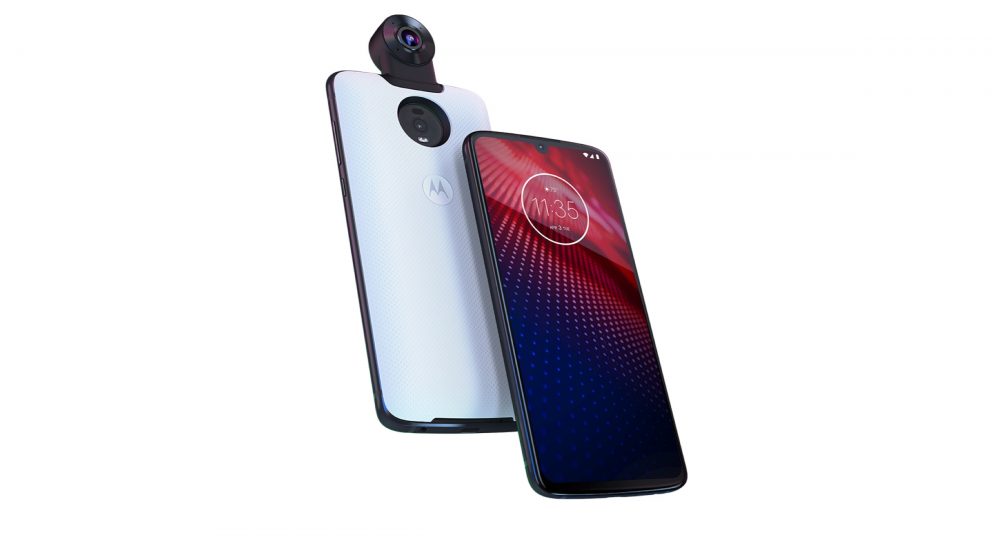 Motorola has finally given an official release date for the Moto Z4 this Thursday for its US and Canadian markets. The handset has been long awaited by fans across the world and going by past release cycles of the previous Z series by Motorola, it can be deduced that the Moto Z4 will be available in India in the coming months. Numerous leaks had already made rounds on the internet and a surprising accidental listing of the smartphone on Amazon. The device was actually sold by mistake from Amazon and received by a customer who posted the unboxing and confirmed the support for Moto Mods. The Moto Z4 by Motorola carries a price tag of $499 (approx. Rs. 35,000) for its only available combination of 4GB RAM with a 128GB of internal storage. The smartphone will start its sale on June 6th in the US with pre-orders being currently available. The device will only be available in Canada later this summer with no official date released yet. Colour variants of the smartphone are confirmed to be in Flash Grey and Frost White. A 5G mod will be made for Verizon customers in the US for $199 (approx. Rs.14,000) with its original cost being $349 (approx. Rs.24,500). A Moto Mod that will feature a 360 Camera Mod will be bundled with the unlocked models at the same price according to the company. The Moto Z4 with Android 9 Pie is a single-SIM smartphone in the US with a dual-SIM variant claimed to be in production for the south-east Asian market, namely China and India. The device is equipped with a 6.40-inch full HD+ OLED display panel that has an aspect ratio of 19.5:9. Moto Z4 will have the Qualcomm Snapdragon 675 SoC octa-core processor along with 4GB of RAM. The primary camera of the handset will only have a single 48-megapixel sensor with optical image stabilization. The sensor has an aperture of f/1.7 and a pixel size of 1.6-microns that takes 12-megapixel shots along with PDAF, laser autofocus and dual-LED flash. The front shooter also has a large 25-megapixel sensor (f/2.0) for selfies. The camera will be the key highlight of this device with the Quad Pixel technology (pixel binning). This will keep the image size lower than a full blown 48-megapixel image and should, in theory, have better low-light performance and improve overall details. Moto Z4 will have 128GB of in-built internal storage that will be supplemented by the external storage options via microSD card (upto 2TB). Device connectivity options of the handset include 4G VoLTE, Wi-Fi 802.11 a/b/g/n/ac, GPS, Bluetooth v5.0, NFC, USB Type-C. The smartphone will include an accelerometer, ambient light sensor, compass/ magnetometer, gyroscope, proximity sensor, and an optical in-display fingerprint sensor.

Moto Z4 has no official IP rating but a P2i splash-proof nano-coating is provided for protection against accidental spillage. The phone is built out of 6000 series aluminium, and a 2.5D curved glass layer finish on top. Moto Z4s display is protected by Corning’s Gorilla Glass 3 an ageing but still effective anti-scratch measure. Measuring 158x75x7.35mm and weighing around 165g the device will be powered by a 3,600mAh battery that is reported to deliver around 2 days of battery life while supporting Motorola’s 15W TurboPower fast charging. The fast charging adapter will be included in the box.